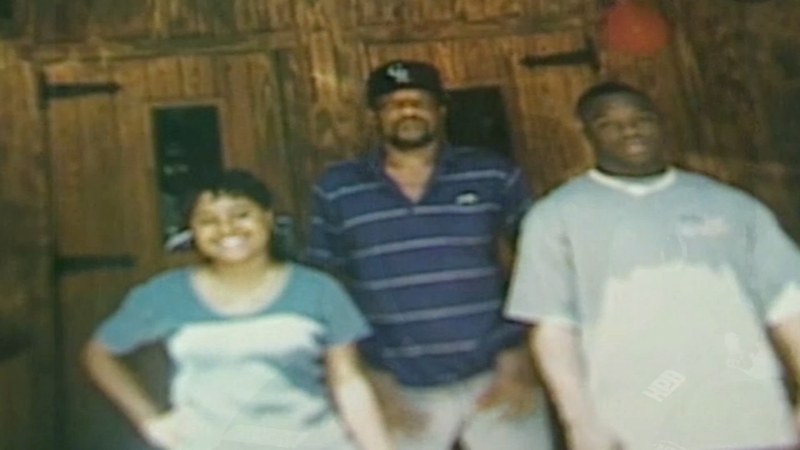 HOUSTON, Texas (KTRK) -- It was 22 years ago when James Byrd, Jr. was killed in one of the worst hate crimes to take place in the 20th century.

He was beaten, chained by his ankles and dragged for three miles. He left behind two daughters and a son. His youngest daughter, Jamie Byrd, was only 16 years old.

"I wanted to drag them behind a pickup truck just like my dad," Jamie told ABC13 in her first sit-down interview since the tragedy.

Jamie, who is now a nine-year veteran with the Houston Police Department, said it was that anger she had to let go of so she could evolve and really live a life with purpose.

Over the years, her anger morphed into purpose, which is why Jamie now can be seen with a badge.

She feels she is right where she needs to be, especially now in the wake of George Floyd's death.

Jamie said she feels compelled, now more than ever, to use her position and her voice to denounce police brutality. She said she was reminded of her own trauma as she watched the video of George Floyd die under the knee of a Minneapolis police officer.

"Anger, frustration, disappointment mostly," she said she felt. "It's 2020, and we're still reliving this type of hatred. It's the fact (it) was excessive force. It was wrong. It was murder in daylight. His five children will have to see that for the rest of their lives."

Since Floyd's death, Jamie has been to communities like Third Ward, marching and speaking with protesters and those hurt by what happened in Minneapolis.

"My dad would want me to go out there and be that change, be that voice and just stand on the right side of the fence," she said.