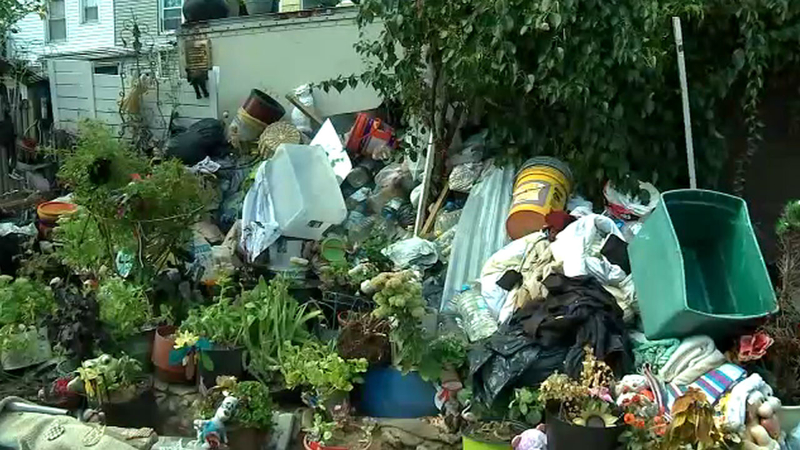 QUEENS, New York -- Despite the owner being hit with hundreds of thousands of dollars in fines, a house in Queens has become a festering eyesore among a quiet and clean block.

Debris outside the home is stacked nearly to the roof, creating a mountain of a mess in both the front and back yards.

It appears there is nothing but clutter in seemingly every inch of the property.

Neighbors say it has been a problem for many years and gets worse each day.

The owner of the home has racked up a staggering $343,000 in unpaid fines from the city since 2015 for failing to keep the house safe and up to code.

Media attention brought officials back to the house Wednesday afternoon where authorities talked to the woman who lives there and eventually brought her to an ambulance, likely for an evaluation.

The most recent violations were issued back in June by the city's Department of Buildings and the house has failed four health department inspections since April because of conditions conducive to rats.

Neighbors are worried about everything from the smell to the look to the impact on their property values.

Some do have sympathy as well.

"She's a great person but she needs a lot of help, I hope she gets that support," one neighbor said.