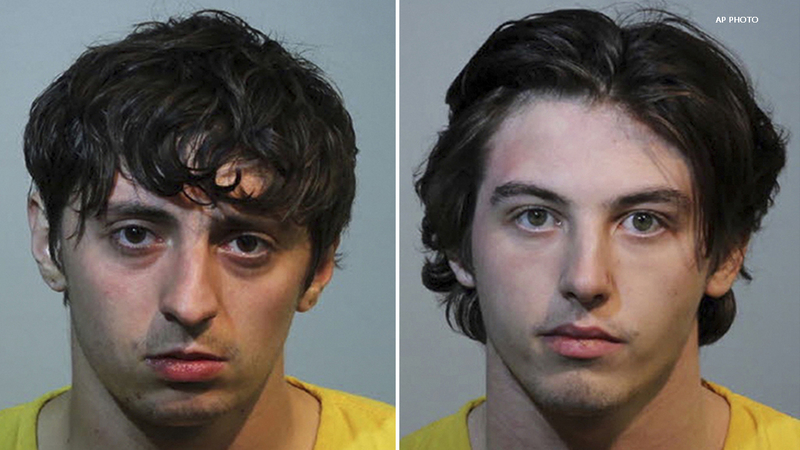 MAITLAND, Florida -- Authorities in central Florida say a man was stabbed to death by his former housemates over a stolen PlayStation.

Seminole County Sheriff Dennis Lemma said 22-year-old Jake Bilotta and 21-year-old Ian McClurg coaxed the victim, identified as 24-year-old Joshua Barnes, to the home they shared in Maitland. Investigators say he was lured under the premise of going to a party, and then stabbed several times with a chef's knife.

The sheriff says a third housemate called deputies after arriving home and finding Bilotta putting a body in plastic bags.

Lemma says Barnes previously lived at the home and the pair suspected him of stealing the game console.

Bilotta and McClurg were arrested on homicide charges Tuesday. No attorneys are listed on their jail records.