Inmates who escaped jail in trash cans captured in Kentucky 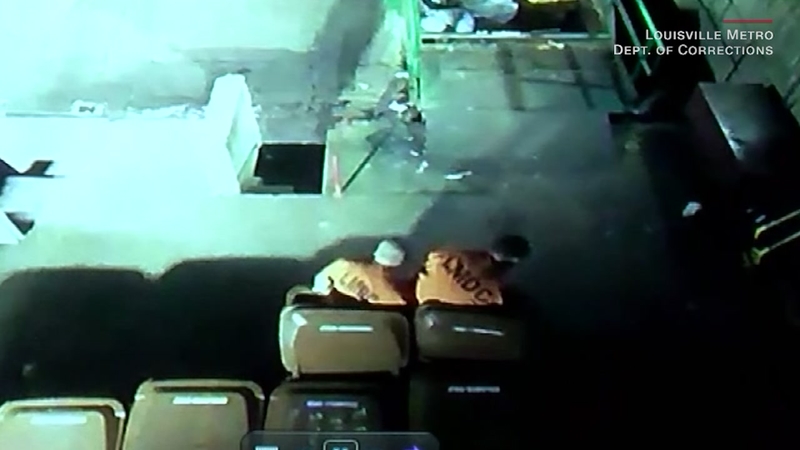 LOUISVILLE, Kentucky -- Two Kentucky inmates are back behind bars after pulling off a Hollywood-style escape that was caught on camera.

Justin Stumler and Jeremy Hunt hid in garbage cans that fellow inmates rolled outside for pick up.

They then popped out of the bins and escaped out of the Louisville Metro Corrections Center Saturday night, authorities told WAVE3.

Police captured Stumler Monday following tips from the community while Hunt was apprehended a few hours later after a car chase.

They are both back in police custody.