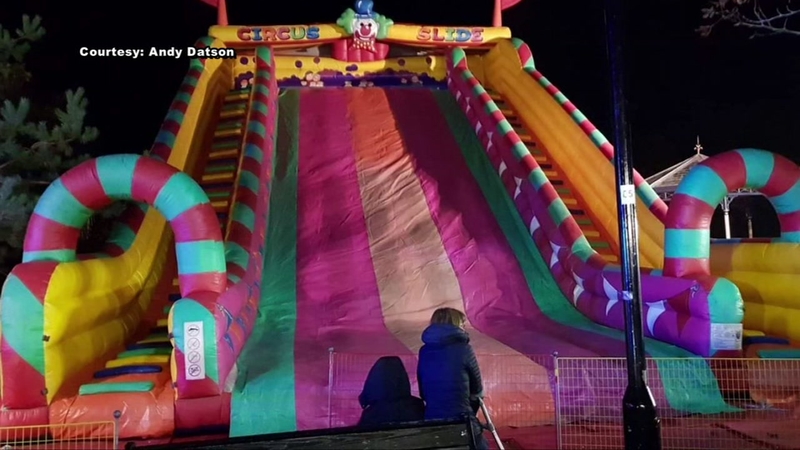 LONDON -- British police say seven of the eight children hurt when they fell from an inflatable slide at a fair in southern England have been discharged from the hospital.

Surrey Police said Sunday that the eighth child was kept in overnight for observation "but his injuries are not thought to be significant."

The Health and Safety Executive is investigating the accident, which happened as thousands gathered Saturday to watch Bonfire Night fireworks in Woking, London.

Journalist Andy Datson said he saw up to 40 children playing on the slide, which he estimated was about 30 feet high and "looked pretty flimsy."