SCHOOL BUS SAFETY: A look at Texas rules after siblings killed at bus stop in Indiana 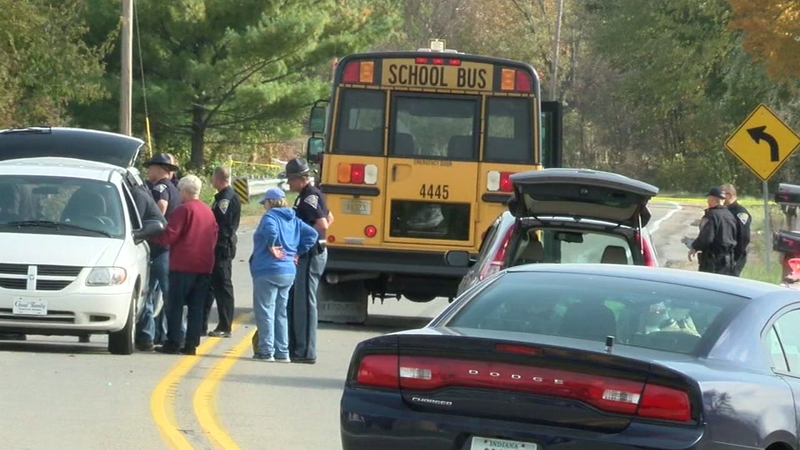 HOUSTON, Texas (KTRK) -- Three siblings who were killed and an 11-year-old boy that was injured when a driver who passed a stopped school bus hit them in Indiana may have some parents here on alert as they send their kids to school.

Alyssa Shepard, 24, was arrested and charged with three counts of reckless homicide in the deaths of 6-year-old twins Xzavier and Mason Ingle, and their sister, 9-year-old Alivia Stahl.

Shepard was also charged with one misdemeanor count of disregarding a stop sign and causing injury.

Alivia reportedly shielded her brothers before the driver fatally hit them.

The tragedy highlights the safety risks kids face anytime they're around buses.

More than 1.5 million Texas children a year are transported by school buses.

The drivers who don't obey the laws may face big fines.

In Texas, drivers must stop when a bus is stopped with a visual sign. They cannot proceed until the bus moves, the sign is not activated, or they are directed by the bus driver.

Traffic in both directions must stop when on an undivided road.

If you don't obey the laws, local and state law enforcement can write you a ticket and the fines could add up to more than $1,200.