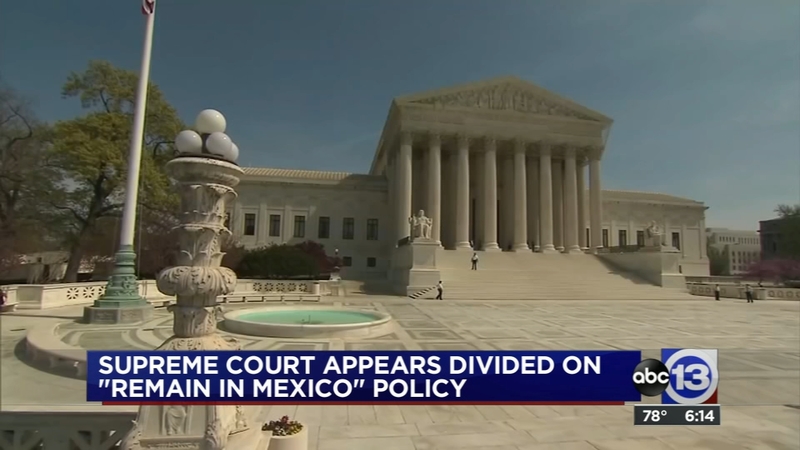 The Biden administration stopped the policy, but was forced to reinstate it after both Missouri and Texas sued.

"They're not running from border patrol anymore, they're turning themselves in," said Texas Attorney General Ken Paxton. "That's the way it works now."

"We submitted an amicus brief that highlighted the many horrific stories of immigrants who were trapped in Mexico because of the policy that is now in front of the court," said Tami Goodlette, Director of Litigation of RAICES, an immigration rights nonprofit.

At the same time, a policy called Title 42 is still being used.

It's a public health order that allows the U.S. government to turn away migrants, including those seeking asylum due to the pandemic.

Title 42 was set to be lifted in May, but a federal judge has granted a temporary restraining order on that lifting, so, it may remain in place for longer than expected.

"At the end of the day, we're still not over the elephant in the room, which is, 'How are we going to fix our broken immigration system so that people don't come in illegally?' There is a certain sector of bad actors who tell people, 'Oh things are changing, you should come over now,' and at the end of the day, they are the only winners in this whole cycle because what happens? People are still dying at the border, people are getting lost," said Cesar Espinosa, the Executive Director of immigration rights group FIEL Houston.