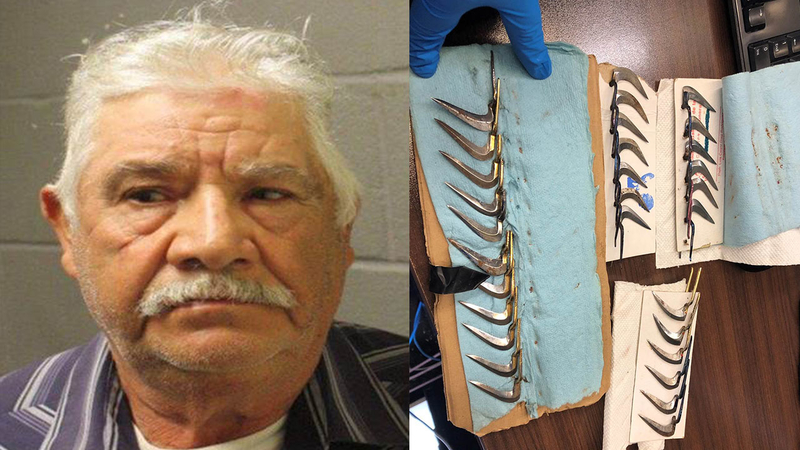 Authorities say they arrested one person and found at least 288 roosters, hens, and chicks during a cockfight ring bust in northeast Harris County.

Harris County Precinct 1 Constable executed a search warrant on Sunday in the 4000 block of Mooney Road. Neighbors say they had no idea what was allegedly going on behind the fenced property.

"It's extremely rare to catch a cockfighting ring like this. It's very rare," said Rosen.

One rooster was transported by an SPCA ambulance with the Houston SPCA assisting with hundreds more.

Homeowner Armando Delgado is now being charged in the case.

"Our first steps are for the veterinarians to check them out. We don't know if there is anything that is wrong with them, if they've had serious internal injuries. We'll have to take a look at that. What we have to do before anything is to have ownership and that will come from a judge in order for us to have full custody," said Julie Kuenstle, VP of Communications and Marketing for Houston SPCA.

Tow trucks lined Mooney Road to remove cars left by those who took off on foot when deputies arrived.

Rosen says 40-50 people ran from the scene and birds were in cages in some of the cars. Authorities say at least a few people were arrested, but there is still a search for others.

"They had a lot of birds here," Rosen said. "In my opinion either someone got tired of hearing the fighting going on or maybe a kid was traumatized by seeing it."

"I'm just thankful a citizen stepped forward and let us know about this," said Rosen.