The Senate voted to authorize the U.S. Army Corps of Engineers to begin planning for the "Ike Dike" coastal protection project in Galveston Bay, however, funding is not yet secured

The U.S. Senate on Thursday approved a bill that would authorize federal agencies to plan for an estimated $31 billion project intended to protect the Texas coast from hurricanes.

Hundreds of millions of dollars have already gone into studying the idea to build a system of concrete gate barriers at the mouth of Galveston Bay. Nicknamed for the destructive hurricane that hit Galveston Island in 2008, the so-called Ike Dike could be the largest civil engineering project in U.S. history.

The project is included in the Water Resources Development Act, which contains various federal water, coast and flooding projects that require congressional approval to move forward, but does not allocate funds. The bill passed with 93 yes votes in the Senate on Thursday; only Sen. Mike Braun, R-Indiana, voted no.

The U.S. House passed its version of the act in June. The legislation will go back to the House for the two chambers to iron out differences before sending it to President Joe Biden for approval. But the Texas coastal spine project is authorized in both versions.

Republican Sen. John Cornyn said the project brings Texas "one step closer" to ensuring the state's coast will be as "prepared as possible" for future hurricanes.

"Protecting the Texas coast from devastating hurricanes is a top priority when it comes to preserving the livelihoods of Texans and ensuring the massive amount of international trade that relies on our state can resume after a storm," Cornyn said in a statement.

The Ike Dike is part of the larger Texas Coastal Project, which was proposed to protect the state's shoreline against hurricane storm surge and rising sea levels. It includes a series of other coastal infrastructure and environmental projects, from artificial barriers to beach and dune restoration.

The Ike Dike gate project alone would account for at least $16 billion and require 18 years to build, according to U.S. Army Corps of Engineers estimates. The gates would span a nearly 2-mile gap from the island to Bolivar Peninsula.

The act doesn't include funding for the Ike Dike and the rest of the Texas coast projects, which will require a separate request to Congress from the U.S. Army Corps of Engineers. Congress is expected to fund the project in smaller appropriations rather than all at once.

If - or when - Congress does appropriate money, the state and local governments will be on the hook for a local match, which could total at least $10 billion, but inflation and changes in building costs mean estimates vary widely. Typically, such projects require a 65%-35% split in federal and nonfederal funding.

Texas politicians have generally supported the proposal: Earlier this week, Cornyn and Sen. Ted Cruz introduced standalone legislation for the coastal spine project. Last June, Gov. Greg Abbott said it would "go down in history" as one of the most significant coastal protection projects ever done in Texas.

SEE ALSO: A look back at Hurricane Ike

The Ike Dike was first conceptualized by Bill Merrell, a marine sciences professor at Texas A&M University in Galveston. The current plan imagines artificial islands anchoring huge floating gates more than 80 feet tall that could close as water levels rise during a storm.

On each side of the floating gates, concrete towers would rise more than 100 feet in the air to hold more vertical gates that could lower into the water during a storm. When closed, the gates could reduce surge into Galveston Bay by 30% to 60%, according to the U.S. Army Corps analysis, depending on the hurricane's track and intensity. 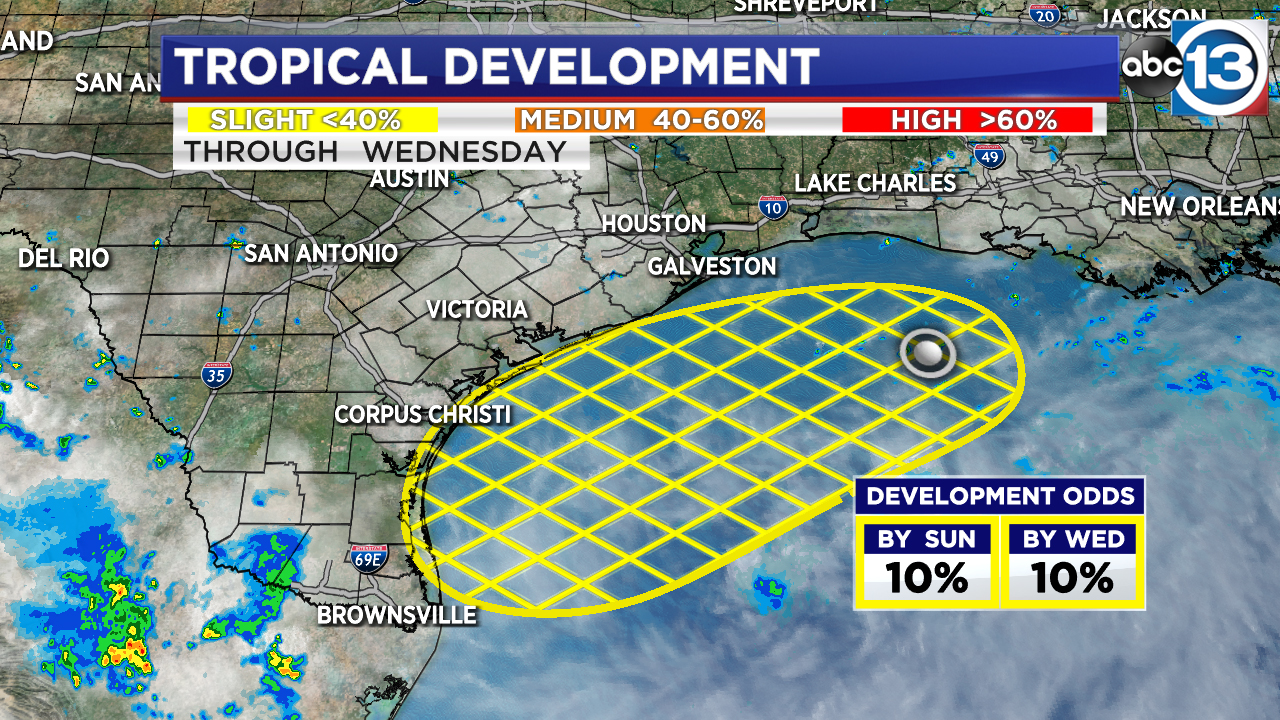 Low chance of development for Gulf low tracking toward Texas 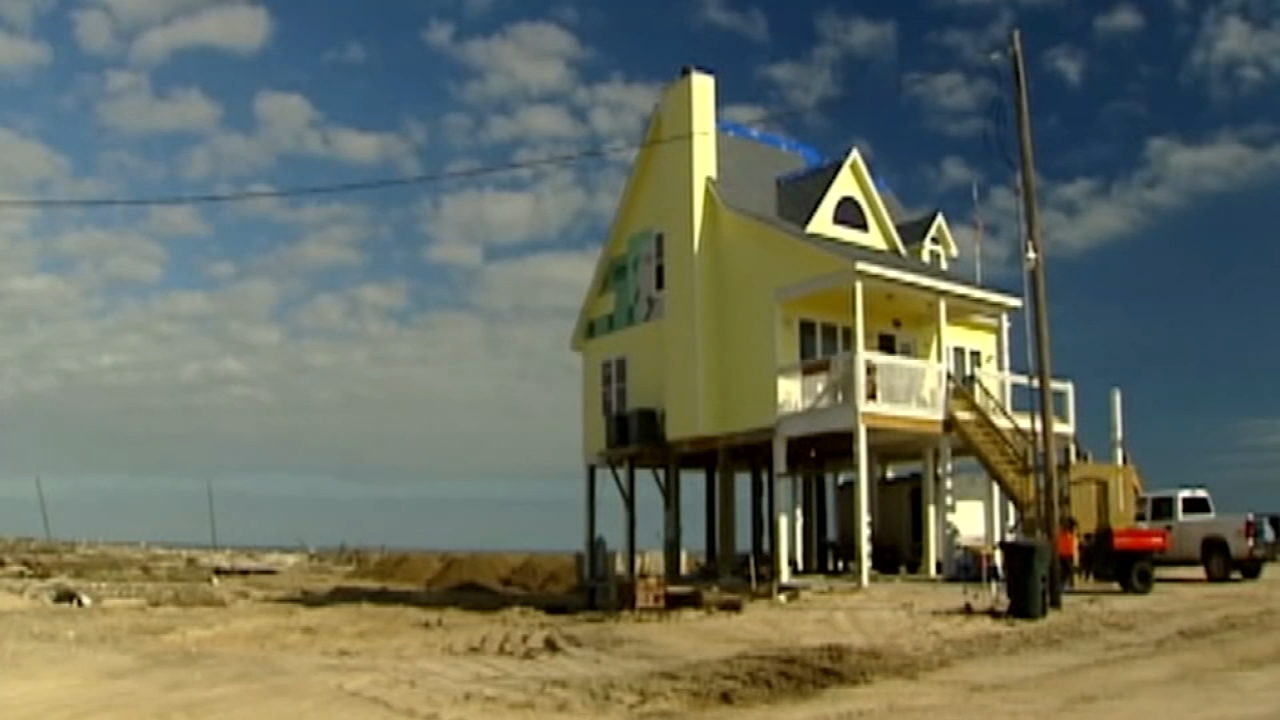