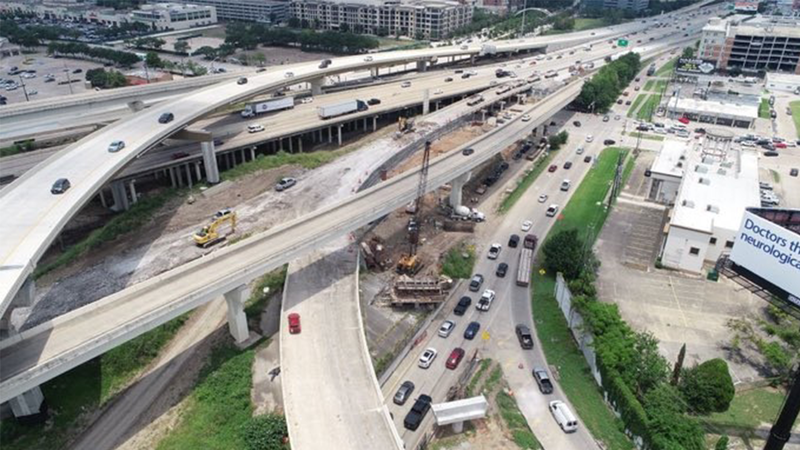 HOUSTON, Texas (KTRK) -- Emergency repairs are being done in connection to the I-69/I-610 interchange project, causing a two-lane closure at the 610 West Loop northbound at I-69 until Saturday evening, according to TxDOT.

EMERGENCY REPAIRS: I-610 West Loop northbound at I-69 two lanes now closed for emergency roadwork until later this evening. This work is related to the @HOU610at69 project. pic.twitter.com/IzgdXTyXcZ

TxDOT said last week crews had to move some lanes over to reconfigure for the project. Officials told ABC13 that the asphalt that was being used started to come apart for unknown reasons, making it unsafe for vehicles like motorcycles.

"Just trying to address it now versus later. Hoping to get it done tonight," said someone with TxDOT.

The website for the I-610 West Loop/ I-69 Southwest Freeway interchange project is full of great information. Go to https://t.co/vp8W5RhGvm for project info, updates, closures and much more. pic.twitter.com/30PE96ncr5

The I-69/I-610 interchange is a major connection point of two very busy highways serving drivers in the Houston area. According to TxDOT, some improvements being made include the following: