Pablo Isai Frias, 31, was charged with intoxication manslaughter after the 4-vehicle wreck Monday on I-10 and McCarty.
KTRK 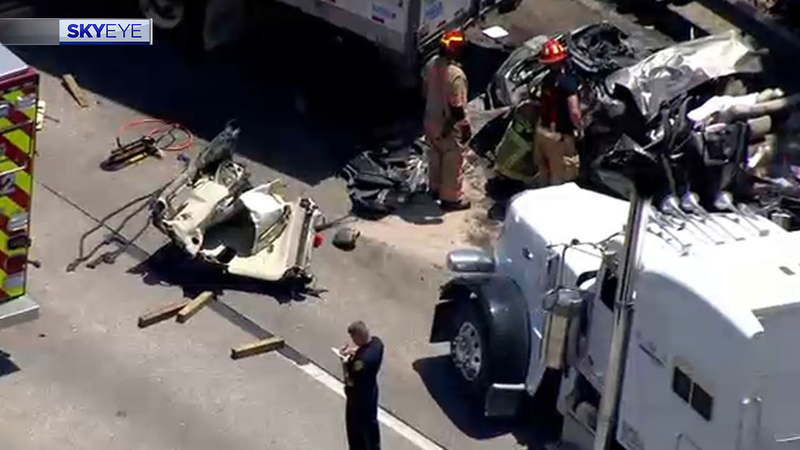 HOUSTON, Texas (KTRK) -- One of the truck drivers involved in a deadly four-vehicle crash that backed up traffic on I-10 East Freeway faces an intoxication manslaughter charge.

Houston police said 31-year-old Pablo Isai Frias was behind the wheel of a Peterbilt tractor-trailer that had slammed the back of a Chevrolet Tahoe that may have tried to get around a stopped van on the eastbound lanes of I-10 near McCarty at about 11:35 a.m. Monday.

According to police, the Tahoe's driver, who was identified in Frias' charging documents as Miriam Buentello, hit a Kenworth tractor-trailer while changing lanes before Frias' truck crashed into the SUV.

The woman in the Tahoe died at the scene. There were no other serious injuries reported.

Police said they later determined that Frias was intoxicated, and he was arrested. Frias is slated to appear in probable cause court early Wednesday morning.


The wreck held up eastbound traffic for hours Monday afternoon. Crews spent much of the time cleaning diesel spilled on the freeway.

UPDATE: Pablo Isai Frias, 31, is charged with intoxication manslaughter for his role in yesterday's (April 18) fatal crash at 7800 East Freeway.