I-10 between Beaumont and Winnie reopens after Imelda flooding 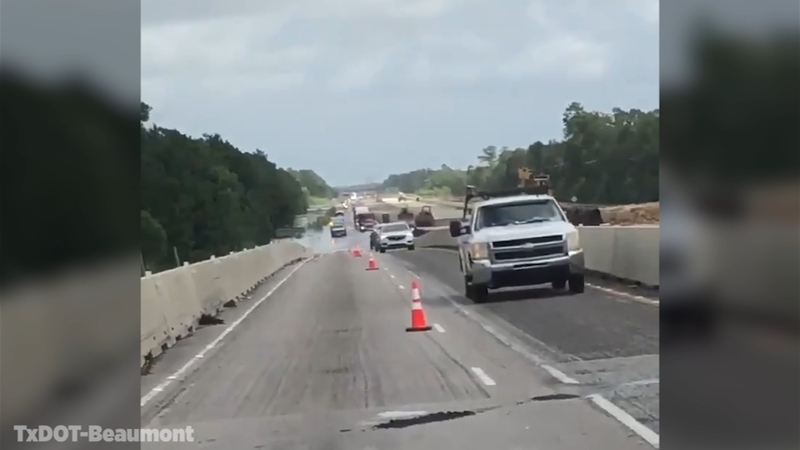 I-10 between Beaumont and Winnie repoens after Imelda flooding

CHAMBERS COUNTY, Texas (KTRK) -- I-10 between Beaumont and Winnie, Texas is officially re-opened!

TxDot said in a tweet Sunday afternoon that the highway is reopened after Tropical Storm Imelda dropped an immense amount of rain on the area.

I10 east and westbound now OPEN between Beaumont and Winnie pic.twitter.com/saWKXMfKSI

The section of I-10 had been closed since Thursday.

While the interstate was back open, TxDOT said there were still some sections that continue to hold water and only one lane is open.

The remnants of Imelda dumped up to 43 inches of rain within three days in the areas between Winnie and Beaumont, east of Houston. Most of that rain fell in just 24 hours.

At least five deaths have been confirmed as a result of the hazardous flooding.

While the section between Winnie and Beaumont is back open, I-10 remained closed Sunday in both directions at the San Jacinto River following last week's barge crash.