Husband attacks wife and 3 others with machete in southeast Houston 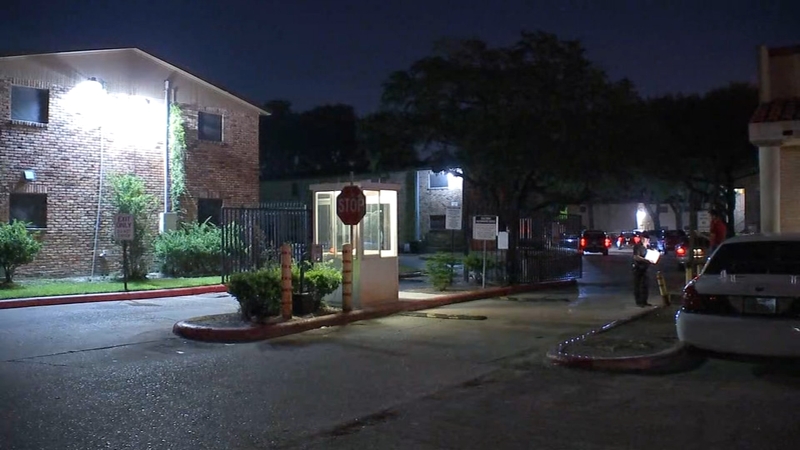 HOUSTON, Texas (KTRK) -- A man was arrested after police say he attacked his wife and three others with a machete Friday night.

Police were called to an apartment complex located at 2505 Broadway just before 10 p.m.

Police told ABC13 Eyewitness News that the husband was allegedly upset after thinking his wife was going to leave him.

The man then allegedly grabbed a machete and started attacking his wife while she was walking her dog in the parking lot.

Police say three of the woman's family members heard the commotion outside and attempted to stop the man.

The man allegedly started swinging the machete at those family members, cutting them on their hands and arms.

The man is in custody and is expected to be charged with aggravated assault.

The man's wife and family members were transported to the hospital. All are expected to be okay.
Report a correction or typo
Related topics:
houstonattackmachetestabbing
Copyright © 2022 KTRK-TV. All Rights Reserved.
TOP STORIES
Sergeant was to walk daughter down aisle until his hit-and-run death
Grab the umbrella! Widespread showers move in Monday
'We knew something big exploded': ABC13 recalls moment of Watson blast
2 adults killed and 12-year-old hurt in crash with speeding tow truck
Dad charged and fired from job after racist tirade posted on TikTok
Suspect accused of killing Pct. 5 corporal still on the run
Inside Texas hospital battling omicron: 'We're about to catch on fire'
Show More
5 tax changes that can boost your refund this year
Getting paid on Venmo or Cash App? New tax rule might apply to you
Tax filing season starts Monday. What to expect for 2022
Christina Aguilera says she 'couldn't be happier' for Britney Spears
Texas agriculture commissioner suing to stop aid for Black farmers
More TOP STORIES News