58 years ago, Hurricane Carla slammed into the Texas coast 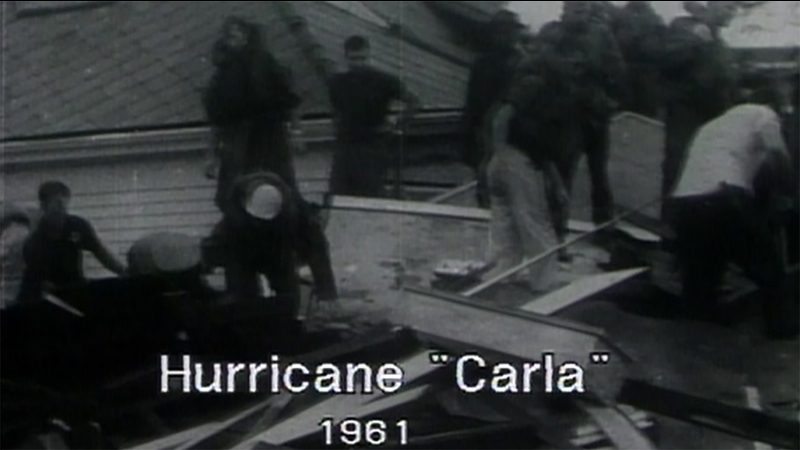 HOUSTON, Texas (KTRK) -- On September 11, 1961, Hurricane Carla, one of the strongest storms of the century slammed into the Texas coast. Just how strong was Carla? The storm destroyed buildings in Galveston, and that was 120 miles from where the center of the storm made landfall. KTRK-TV was in its infancy back in 1961, but was there to record the historic event.

Carla's numbers are impressive. Here is an account of Carla, written by David Roth of the National Weather Service:

Her path of devastation inland extended from Victoria to Dallas. The death toll was limited to 34, which was attributed in part to what was the largest peacetime evacuation of an area in history, up until that time.

Structures outside the seawall were severely damaged by the storm surge. The Ursuline Convent, which was the oldest educational institution in Galveston, was destroyed by Carla. Texas City saw 90% of its homes flooded. Surfside, near Freeport, saw extensive damage. The trail of destruction extended down the coast to Port Isabel, where four to five foot storm surges were seen. Port O'Connor was 75% wiped out.

In Jefferson County, 180 miles from the land-falling storm, $17.5 million in damage occurred, with $14 million of it water damage.

The only injuries reported there were due to snake bites. Rain totaled 19 inches at Votan.