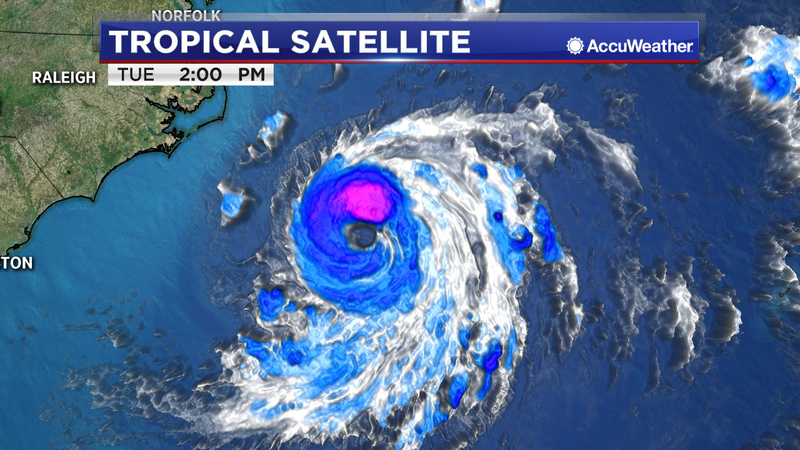 Hurricane Chris has formed in the Atlantic, about 200 miles off the coast of South Carolina.

ABC13 meteorologist Collin Myers says the hurricane has a defined eye and is picking up speed as it heads in a northeasterly direction.

The storm remains in an environment conducive for gradual strengthening as it is centered over the warm waters of the Gulf Stream.

However, Chris is expected to remain well offshore over the next several days, moving slowly at first and then accelerating away from the United States later in the week.

By later this week, Chris may bring gusty winds and heavy rain to portions of Atlantic Canada.

Rough surf and dangerous rip currents will continue to impact coastal areas of the Carolinas, mid-Atlantic and the Northeast through much of this week.

Interests in Atlantic Canada, including Nova Scotia and Newfoundland, should monitor the progress of Chris for potential direct impacts later next week.