Almost all of 85,000 people living in Texas county have no power after Laura 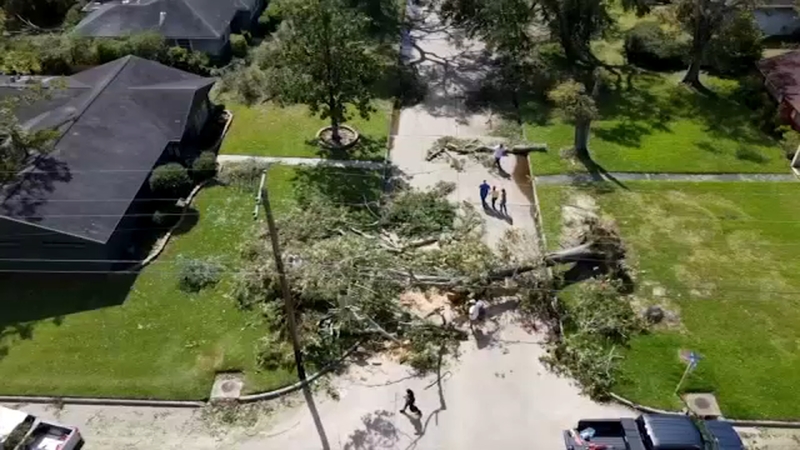 ORANGE, Texas (KTRK) -- Clean-up continued on Friday in Orange, Texas, after Hurricane Laura passed through, causing some damage to the area. Most of Orange County's 85,000 residents are still without power.

Orange County Office of Emergency Management said 6,000 workers were trying to restore power to the area.

The hurricane knocked down power lines, power poles and appears to have damaged the entire power grid.

Of all the towns in the county, the city of Orange sustained the most damage from the hurricane. Large trees were uprooted by the storm, and landed on people's homes.

Many residents evacuated ahead of the storm, and the governor said that saved lives.

Some of the evacuees went to Dallas, San Antonio or Austin by bus. Those residents will not be brought back until power is restored and the roadways are cleared from debris. However, OCOEM officials say that people may return to their homes now if they choose to do so.

OCOEM says the power company said it could be a week or two before power is restored. They are hoping to have it restored sooner than that.

Emergency officials are working to get meals and water to residents.