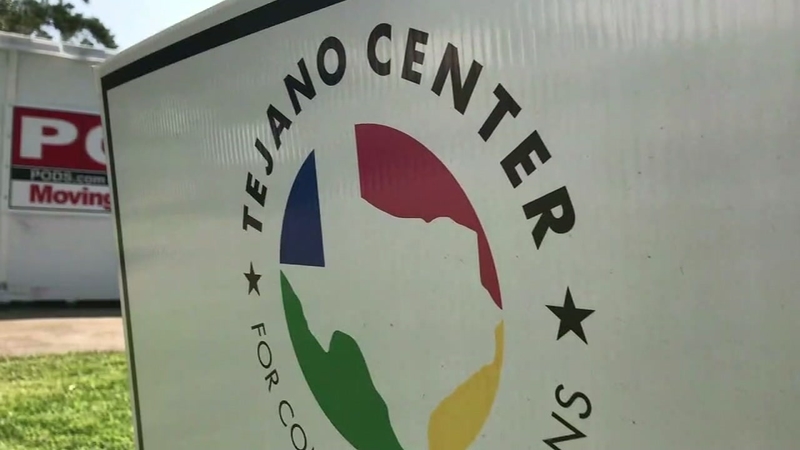 Family getting ready to head back into repaired home after Harvey

HOUSTON, Texas (KTRK) -- When Gina Bocanegra picked up her elderly father and pregnant daughter to escape possible flooding a year ago, they never imagined their neighborhood would be hit with so much water.

Then their neighbor called, while they were on the roof.

"I knew," said Bocanegra, who returned to her small home near I-10 and Mercury and found it unlivable.

For almost a year now, Bocanegra's elderly and cancer-stricken father has been at one relative's house, while she, her daughter and granddaughter live somewhere else. The family was cobbling together repairs through some limited FEMA funds and do-it-yourself efforts.

"I was doing the work myself, with help with one of my nieces. Whoever can help. We're getting a lot of work done," said Bocanegra.

Real progress, though, wasn't made until the Tejano Center awarded the family a grant. The center is helping the family make much needed repairs with money it was distributed via the Hurricane Harvey Relief Fund.

It is exactly what the Greater Houston Community Foundation had in mind when it was tasked with distributing the $114 million donated to the relief fund after Harvey.

"There was going to be federal money in the future, but there was going to be a gap about when those funds come, and so our deal was let's work hard, let's get this and fill the gap," said Bill Jackson, a co-chair of the advisory board at the Greater Houston Community Foundation.

"The need is in the billions. Our fund raised (almost) $115 million, so literally a raindrop in the bucket, to focus on the most vulnerable populations, people with disabilities, the elderly families with children," said Tony Chase, the other co-chair.

A large portion of the funds are distributed to organizations who are focused on home repairs. So far, about $43 million have been distributed for repairs. In addition, many smaller grants have been made for smaller agencies. For example, the Harvey Legal Relief Fund received a $750,000 grant to help flood victims with a variety of legal needs.

"Whether it's bankruptcy, foreclosures, and issues with family law, probate, all of those different kind of issues just bloom when something like this happens," said Trey Holm, managing lawyer for the project. "We are here to help with all of that.

Around $110 million of the $114 million have been distributed, with many home repairs still underway. Charities who receive the grants generally do not give out cash. Rather, they pay contractors who perform the needed repairs for the families in need.

"Your money did not go to waste, they have penny pinched, "said Bocanegra, "they have put so much into this house."

ABC13's Miya Shay looks at homes being repaired using the money donated to a general fund for Hurricane Harvey.