Delta continues to dump rain as it moves over Tennessee 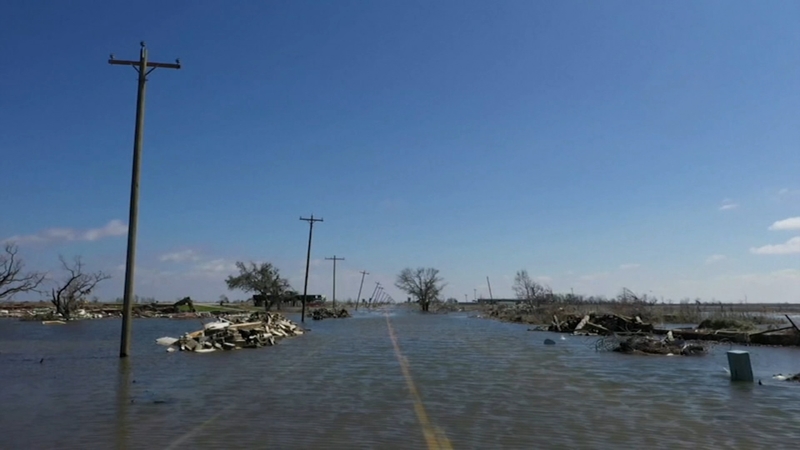 Delta's impacts on Louisiana as seen from the air

The Weather Prediction Center said in a 4 a.m. advisory that the once-major hurricane is expected to drop 3 to 6 inches of rain on parts of Georgia, the Carolinas and Virginia. Flash, urban and small stream flooding is forecast for those states, with the Calcasieu and Vermillion river basins in Louisiana in danger of moderate to major river flooding in the coming week.

The system Sunday morning was located roughly 65 miles east-northeast of Tupelo, Mississippi, and about 120 miles south-southwest of Nashville, Tennessee.

Maximum sustained winds were around 30 mph and were expected to weaken even more Sunday. Delta is forecast to dissipate over central Appalachian states by Sunday night.

Forecasters say a few brief tornadoes are possible in the Carolinas on Sunday.

SEE ALSO: All quiet now: Tropics calm down after Delta

Some residents say they still don't have power from Hurricane Laura and now they have to deal with new damage from Delta.

Back in Louisiana, Gov. John Bel Edwards spoke in the town of Jennings after flying over the damage left behind from Delta.

He told southwest Louisiana residents on Saturday, a day after Delta's landfall: "We're going to work as hard as we can as fast as we can to get everybody's lives right side up again. As if Hurricane Laura wasn't enough."

He added: "We have tens of thousands of Louisianans today who are hurting, and we need to lift them up both in prayer, but also by our deeds."

The governor says still no deaths have been reported from the storm. But he continued to urge people to be cautious in their recovery work and in their use of generators.

Seven of the 32 deaths attributed to Hurricane Laura came the day that hurricane struck weeks ago. But many others were caused by carbon monoxide poisoning from generators.

"Laura was much more destructive in terms of the wind damage. ... but there was more water from this one," Edwards said.