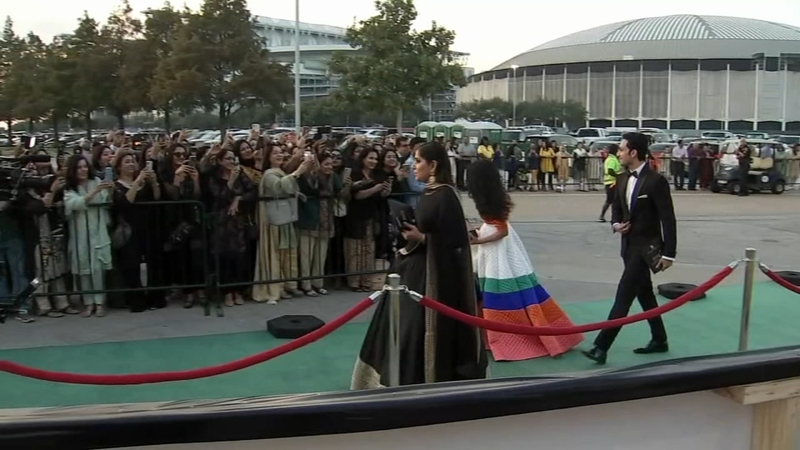 HOUSTON, Texas (KTRK) -- For the first time ever, the HUM Awards came to the United States, and Houston hosted one of Pakistan's biggest television award shows.

"We are amazed to see the response of the entire North America towards these awards," said Duraid Qureshi, CEO of HUM Network. "The decision of being in Houston is right."

The HUM Network is an entertainment channel in Pakistan and home to some of the most popular shows in the country.

Some of the biggest celebrities in Pakistan were in attendance for the ceremony that also celebrated Pakistani culture.

"Everybody says (Houston) is a mini Pakistan and there are a lot of Pakistanis here," said Sultana Siddiqui, President and Founder of HUM Network.

The city's Hillcroft neighborhood is home to a very large Pakistani community, which organizers say made the choice very easy to pick Houston.

"All these ex-pats living in Houston, for them the country has come to them, so it's a big thing for all of us," Qureshi said.