Once a home brew, Tomball brewery now growing beyond town 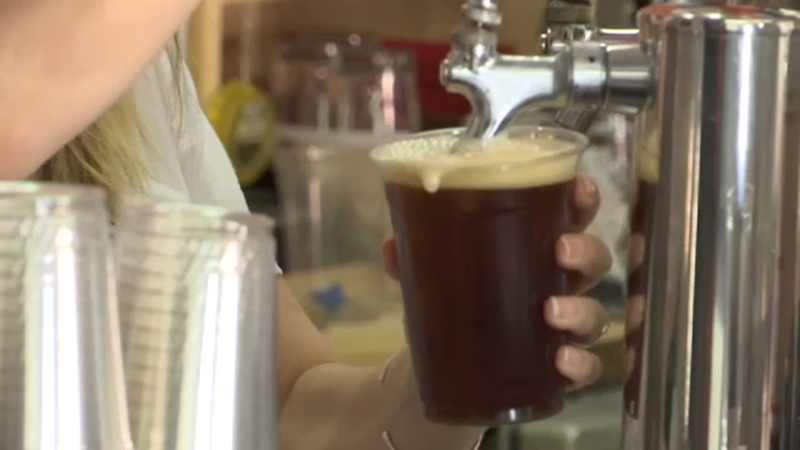 TOMBALL, Texas (KTRK) -- An up-and-coming brewery believes the Tomball community is a big reason why it continues to grow.

Bearded Fox Brewing owner Marcus Garcia can't help but smile as he talks about his beers.

More than a decade ago, he was brewing at home. He turned his passion into a business, and with the help of several partners, Bearded Fox Brewing is now a reality.

"We like to say that we're the beard side of the Bearded Fox," Garcia explained. "We're all married to foxes."

Four years ago, the brewery batched around 100 barrels. This year, the goal is 500 barrels.

Bearded Fox Brewing's tap room located off 249 and Spring Cypress Road is pet and kid-friendly. It features an indoor and outdoor space.

Most importantly, there are six beers on tap, ranging from pilsners, porters and IPAs.

The beer is catching on in the craft beer community. Bearded Fox Brewing has won a couple awards, including a beer float competition.

Bearded Fox Brewing has no plans to slow down. Right now, customers can take beer to-go, but if it continues to grow, that has to stop.

"What it's going to do for us later on," Garcia explained. "When we get to that size, get to that level, we'd love to have that."

Garcia isn't sure when that could be. Until then, he's going to continue talking about his beer and inviting the Tomball community to enjoy it with him.

"Tomball has been fantastic," Garcia said. "A lot of the community just comes over and hangs out."

Bearded Fox Brewing's tap room is open Thursday to Sunday. You don't have to come here to enjoy the beer.

Several restaurants and stores in the Houston area have its beer for sale.