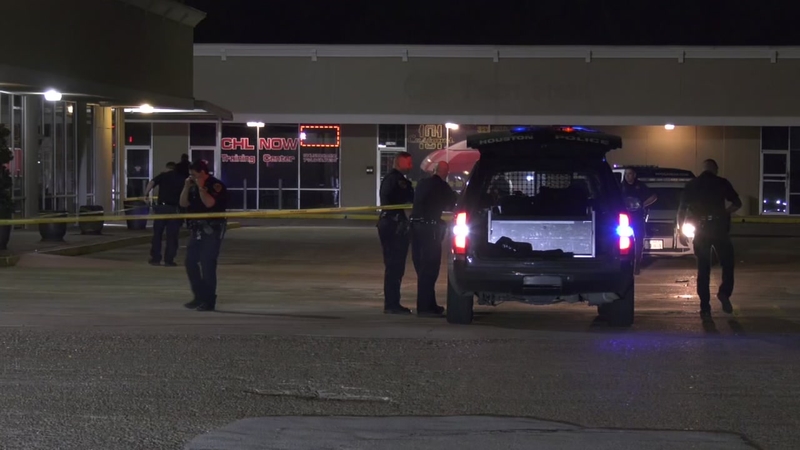 HOUSTON, Texas (KTRK) -- For the second time in 24 hours, a gun store in west Houston has been the target of an attempted burglary, but this time the suspects were shot in the process.

Police tell ABC13 that three men tried to break open the door at Full Armor Firearms on the Katy Freeway around 2 a.m. Tuesday.

Jeff Ehling is on the scene after another attempted break-in at a gun store on the west side.

Authorities are still trying to figure out if the suspects shot at him.

The attempted burglars drove away and crashed about a mile from the store on the Katy Freeway feeder road.

An officer who was driving by saw the wrecked car. All three of the suspects are wounded. One is in critical condition.

No firearms were stolen from the business.

"They take all the guns and put them in a very large vault at night. That would be almost impossible for people to break in, so I do not know what these guys think they are doing breaking the front door open. Once they got inside, they could not get in the safe anyway," said HPD Lt. Larry Crowson.

The car used by the suspects was reported stolen a few days ago in Harris County.

Police are interviewing the security guard who has seen several attempted burglaries in the past.

One of the burglary suspects shot at an employee, and that employee fired back, according to police.

Report a correction or typo
Related topics:
houstonrobberysmash and grabshootingsecurityguns
Copyright © 2021 KTRK-TV. All Rights Reserved.
RELATED
2 men use U-Haul in attempt to smash into gun range 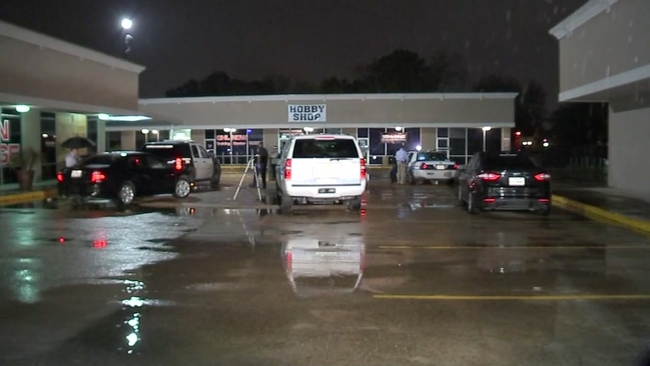