'WE WANT TO STAND TOGETHER': Houston community comes together for Pittsburgh synagogue shooting victims 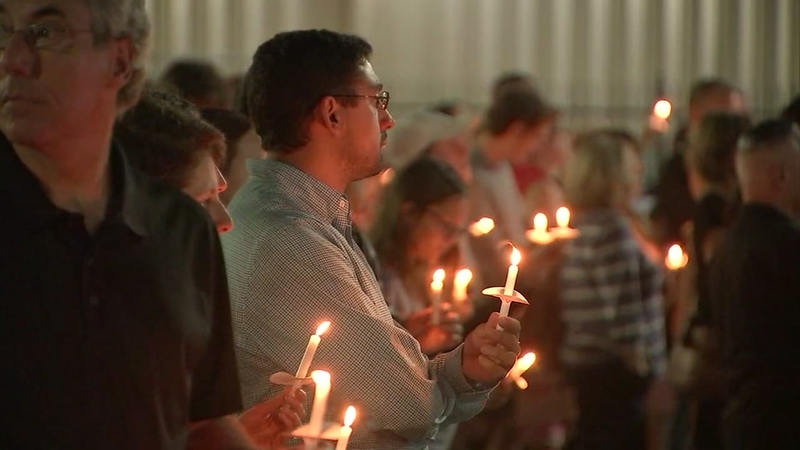 HOUSTON, Texas (KTRK) -- As the sun set below the horizon, candles provided light for a vigil honoring those who died in Saturday's deadly mass shooting at a Pittsburgh synagogue.

RELATED: Pittsburgh synagogue shooting: What we know about the 11 victims

The group of Pittsburgh synagogue shooting victims included a pair of brothers and a husband and wife. The oldest victim killed in Tree of Life synagogue was 97.

Sunday night's vigil was held at Houston's Jewish Community Center, arranged by the Rabbinical Association. "We want to stand together and stand up to evil and hate, and love is how that's done," said Rabbi Gideon Estes, who arranged the event.

The parking lot was filled with people, most Jewish, but those from other faiths as well, who wanted to show their support.

Among those who spoke before an estimated crowd of 500 people, were Houston Mayor Sylvester Turner, and Harris County Judge Ed Emmett, who saw the candles as a symbol against the darkness of hate.

"In the most diverse city in the country, we will not support those who attack people because of their faith or their color," said Turner.

Vigils have been held across the country in the wake of Saturday's mass shooting at the Tree of Life Synagogue, which claimed 11 lives.