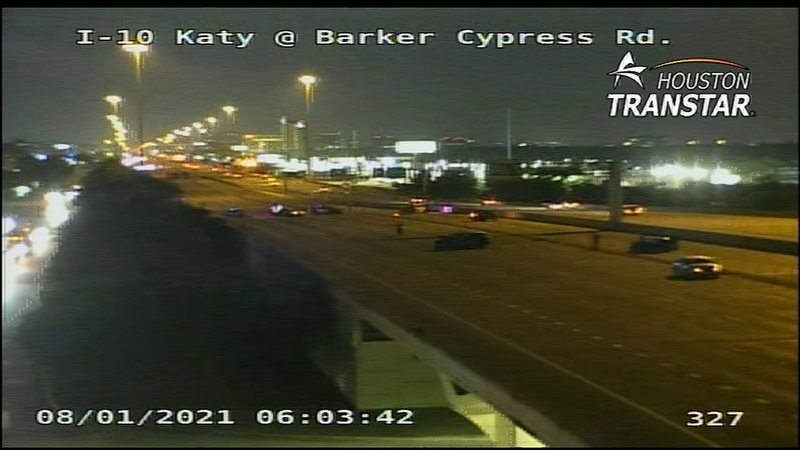 Katy Freeway closed due to major crash near Barker Cypress

HOUSTON, Texas (KTRK) -- One person was killed and another was hurt Sunday morning in a three-car collision on the Katy Freeway.

It happened in the westbound lanes near Barker Cypress Road around 2:30 a.m.

Houston TranStar cameras captured the scene as a medical helicopter landed on the freeway, but it wasn't clear what exactly led to the crash.

Hours later, crews continued to work to find out what happened and clear debris from the freeway.

It happened south of Bissonnet Street some time around 4 a.m.

It wasn't clear what exactly happened or how many people were involved, but police on the scene said there was at least one fatality.

Getting around Houston can sometimes be a challenge unless you know how to get around.