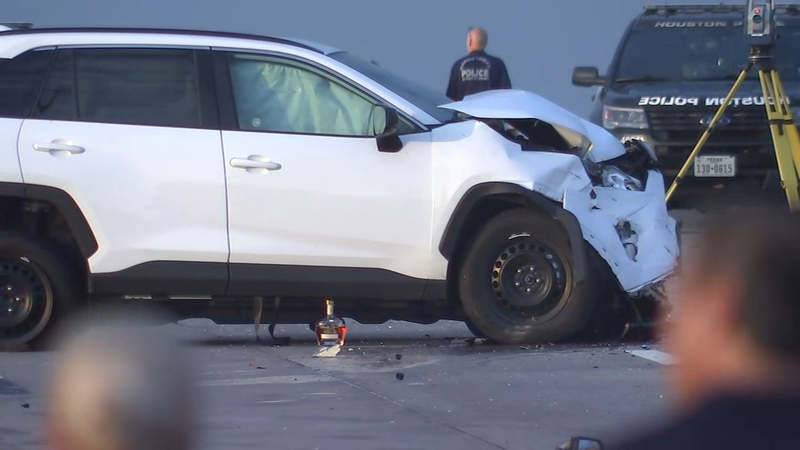 HOUSTON, Texas (KTRK) -- A woman was killed in a crash early Sunday and three different drivers involved are all believed to have been intoxicated, authorities said.

It began with a vehicle that had spun out of control after crashing into another vehicle and was disabled in the middle of the northbound lanes of I-45 North Freeway at West Road.

The victim, believed to be a passenger in one of the vehicles, had exited the car when she was struck by a Mazda, police said.

All three drivers were evaluated by Houston police officers and were believed to have been impaired when the crashes happened.

"We're going to charge all three drivers right now with DWI," said Sean Teare, Chief of Vehicular Crimes with the Harris County District Attorney's Office. "And then, over the course of the next few days or weeks, we're going to have the crash reconstruction unit really put it all together and really tell us what happened. Because at the end of the day, this woman is dead. This woman deserves to have the person who's most at fault for her death to be held responsible."

Two of the three drivers were taken to hospitals with what were described as non-life threatening injuries.

There was no word on the identity of the victim or the drivers that face charges related to the crashes.