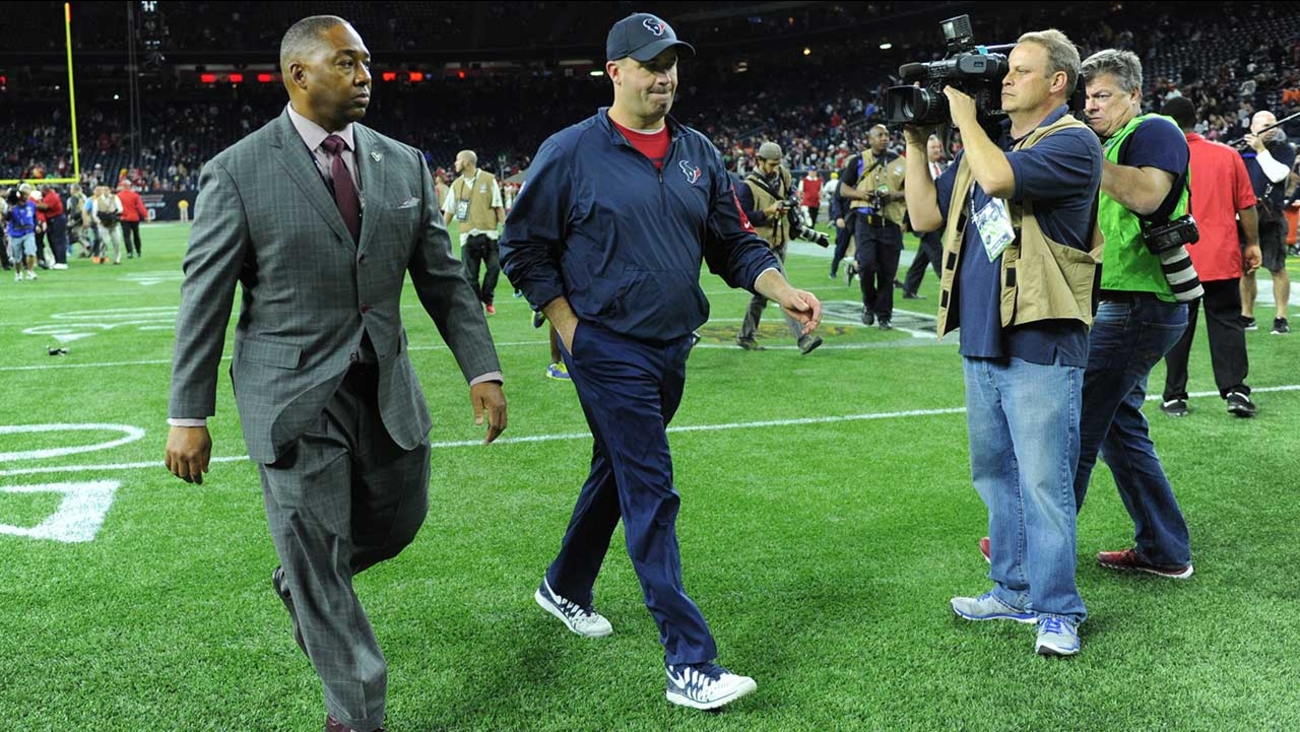 HOUSTON (KTRK) -- The Houston Texans' season is over after they got bounced from the playoffs. They lost after an initial special teams break down against the Kansas City Chiefs. And now, the team is already making changes for next year.

On Monday, the Texans fired Ligashesky, the last holdover from Gary Kubiak's staff in Houston. For the season, the Texans ranked in the bottom half of the league in several key special teams rankings.

"We have to cover kicks better. We have to return kicks better," said Texans Coach Bill O'Brien. "We have to block better. Everything's got to get better for us on special teams."

As one example, Football Focus ranked the Texans overall special teams last in the NFL. We knew Sunday that the move was likely when Bill O'Brien assessed his special teams.