What Houston sports teams wish for this holiday 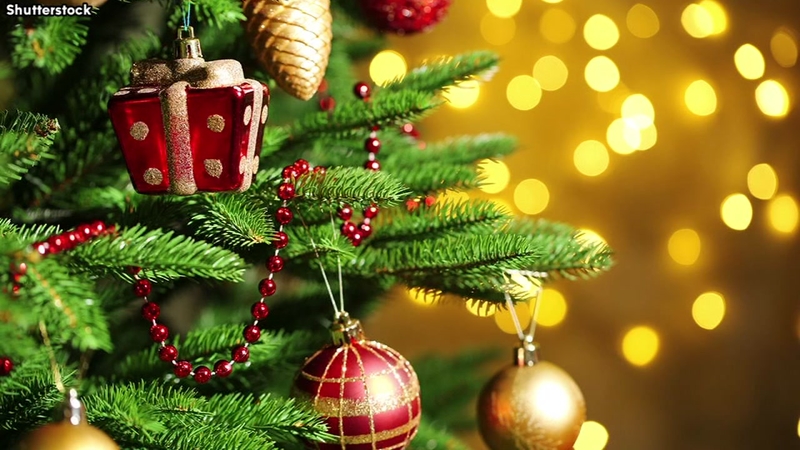 What are Houston's sports team wishing for this holiday?

HOUSTON, Texas (KTRK) -- There is a lot to cherish for us Houston sports fans this year.

2017 has been one filled with equal amounts of pain and triumph.

A title drought was broken. A superstar duo is in the works. And a quarterback of the future is in the fold.

With all of that, though, there are some things our hometown teams are missing, and we're pretty sure wishes are being made to make a holiday miracle happen with each club.

Here are the things our teams are wishing for this holiday season:

The team is perfect. With more than a quarter of the season played, the Rockets have the best winning percentage in the NBA.

Of course, there was so much doubt lobbed in the preseason from incorporating a former resident of Lob City with James Harden. Chris Paul has been the driving force over Houston's recent win streak of 14 games.

Before the streak, Harden led the team admirably while CP3 went down with injury. Harden averaged 31 points and 10 assists a game over the 10-4 stretch that did not include Paul.

The Rockets have hovered around the top of the Western Conference, and that meant ramped up MVP talk for Harden.

As Rockets fans, we've been through this before during the last two seasons.

After all, Harden finished second place, passed over in favor of a player whose part of a big three and a player whose team finished with a worse record than Houston during that MVP race's season.

This year, Harden is facing an MVP race that includes four-time winner LeBron James at the top. LeBron's Cavs currently sit fifth to Houston's first in the league.

“Harden is the clear MVP” https://t.co/G1AQFOLDSI

And, if CP3's injury from Wednesday night becomes significant, Harden will have no choice but to solidify his MVP standing.

What will it take? One more division title?

Let's be honest, the Astros got out of the World Series like a thief.

Game 5 of the World Series was awesome, but also eye-opening to the deficiencies seen in the bullpen.

Imagine if the four-run lead in the ninth held. Of course, we wouldn't have things like Alex Bregman's heroics.

Fortunately for 'Stros fans, the front office began addressing the need for relievers, starting with the acquisitions of the Indians' Joe Smith and the Cubs' Hector Rondon, as well as selecting Anthony Gose in the Rule 5 draft.

Can all three of these gentlemen change the face of Astros' pitching? Maybe. Maybe not.

But, there are more moves to be made. And, if anything, just the fact this was reported may scratch some heads.

Allow us to be unrealistic for a moment.

You know how in some role-playing video games of old, your player would pick up a whole turkey or a burger to get to full strength?

In a metaphorical sense, the stars of the Houston Texans needs a whole holiday smorgasbord for Christmas.

The 2017 season has been brutal for Texans fans. Whitney Mercilus: Out. J.J. Watt: Out. Deshaun Watson, right when he was hitting his stride: Out. D'Onta Foreman: Out.

It is true when prognosticators mention success with teams while mentioning the big asterisk, "if healthy."

One might also have to look at another level with injuries: is the system self-sustaining enough to allow success to happen? Like New England.

Perhaps, more than health may need to be addressed in the offseason. But, for now, let's hope the Texans find the magic elixir that can make this forgettable season a distant memory in the 2018 season.