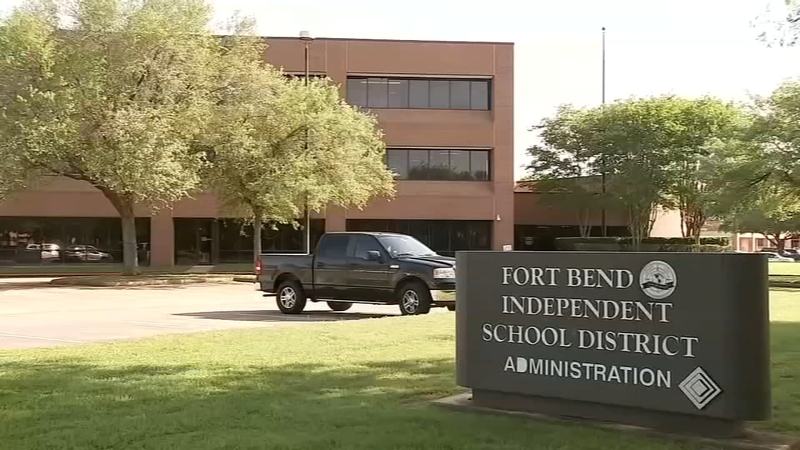 HOUSTON, Texas (KTRK) -- Inclement weather across our area means school district representatives have to decide if schools will remain open or if scheduling changes need to be made.

While the start of the school day was delayed in many districts because of the bad weather on Tuesday morning, other districts decided to move forward with business as usual.

Houston ISD and Fort Bend ISD were among those who didn't delay the start of classes Tuesday morning. Now, they're getting an earful for it on social media.

Fort Bend representatives told ABC13 it was not an easy call to make. Some parents across the county believe the decisions should have been made sooner and not right before children were supposed to be at school.

"I was disappointed," said Sugar Land parent Allen Mu. "I looked at my phone (and) saw nothing. Fort Bend ISD normal time."

Fort Bend County parents were getting mixed messages, as the district said schools were open and operating on a normal schedule and the sheriff was telling people to stay indoors.

Fort Bend ISD schools and facilities will be open today and operating normally. Some bus routes may be delayed this morning due to weather conditions. pic.twitter.com/mRJz8JaPKS

Just a few minutes later at 6:56 a.m., Fort Bend County Sheriff Eric Fagan tweeted for people in the area to stay in because of a possible tornado on the ground.

WEATHER ADVISORY
Fort Bend, please stay in if at all possible. There is torrential rainfall & a reported tornado touchdown in Beasley. A mother and child were rescued from a trailer that flipped over on a roadway in Beasley. They sustained minor, non-life-threatening injuries. pic.twitter.com/JNmZdT1RSW

At 7:21 a.m., Fort Bend ISD tweeted again stating tardies would be excused on Tuesday, but were still operating normally.

All tardies will be excused. https://t.co/9uSy5f78Sf

Less than an hour later on ABC13 at 8 a.m., Fagan asked people again to stay indoors.

"I'm just asking everyone to stay in if possible until this blows over," Fagan said.

SEE ALSO: 1 killed and over a dozen injured as tornadoes ripped through north Texas

So how does the district decide when to delay, cancel or move forward as scheduled? The spokeswoman for Fort Bend ISD declined to be a part of the story and referred us to a statement on their website.

"Student and staff safety are always our top priority as we work through inclement weather incidents.

The district received data (Monday), throughout the evening and the early morning hours from area meteorologists that if we issued a delayed start, the majority of our students would be traveling during the worst part of the storm. We monitored the weather, road conditions and other important information before 4 a.m. and made the decision to stay with the regular schedule, as did most other school districts in our area.

Weather patterns change unexpectedly. For example, on Feb. 4, 2022, the ice we were expecting did not materialize after we had already canceled school the night before. The decision was made with the best information we had at the time.

Weather is unpredictable and in each instance, we will continue to do what we think is best based on the information available to us at the time.

We want families to make the best decisions for their individual circumstances. Tardies will be excused when we have inclement weather and we will work with families that have extenuating circumstances, such as power interruptions or roadway concerns. We will continue to review our decision protocols and will work to ensure that students and staff are safe."

In a phone conversation with ABC13, spokeswoman Sherry Williams said it's always impossible to make it right for every person.

Some Fort Bend county parents, like Michelle Alchatta, dropped off their kids a little later at school after making sure it was OK to drive.

"I brought my son about 8:30 a.m., when it had tamed down. I think they played it by ear and I don't think they had any fault at all," said Alchatta.

In a statement sent to ABC13, Houston ISD superintendent Millard House II said decisions in any weather event are discussed with several emergency operations partners in the region.

"The safety of our students, staff, and families is paramount for our district - especially in weather events like the one that impacted our region this morning.

Leading up to any weather event, HISD leadership participates in various updates with emergency operations partners across the region. We began monitoring this event over the weekend and, as the system approached last night, the district sent crews out to ensure bus routes prone to flooding were passable and did not present danger to our students or staff. At that time, bus routes were not holding water that would make them impassable. The latest forecasts also made it clear that conditions would improve by the time most buses would need to transport students to school safely.

Due to the timing and rapidly changing nature of the weather system, arrival delays were expected. As such, the district excused all tardies for March 22 for all students at all our campuses."