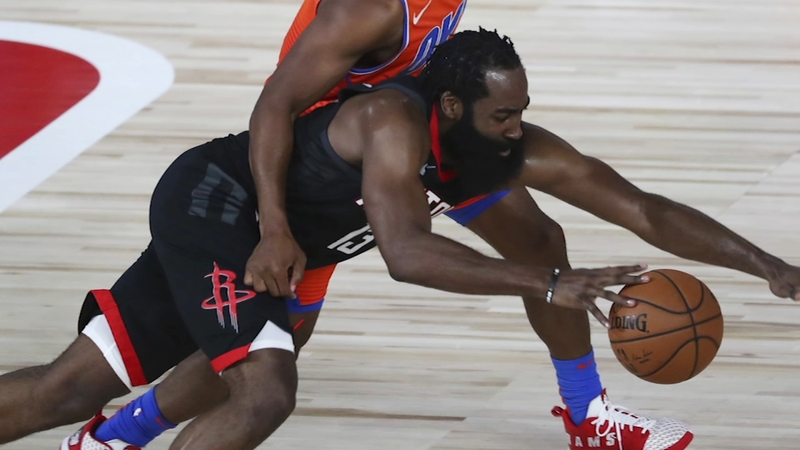 ORLANDO, Florida -- James Harden had 37 points and 11 rebounds, and the Houston Rockets rolled past the Oklahoma City Thunder 123-108 on Tuesday in Game 1 of their first-round Western Conference playoff series.

Houston All-Star Russell Westbrook, who played his previous 11 years with the Thunder, was out with a quad injury. The fourth-seeded Rockets still made 20 3-pointers and shot 48% from the field.

Jeff Green scored 22 points and Eric Gordon added 21 for Houston, which isn't sure how long it will be without Westbrook.

Danilo Gallinari matched a playoff career high with 29 points for the fifth-seeded Thunder. Chris Paul, who joined the Oklahoma City in the trade that sent Westbrook to Houston, finished with 20 points, 10 rebounds and nine assists. Steven Adams added 17 points and 12 rebounds.

Gordon scored 16 points and Harden had 15 in the first half to help the Rockets take a 68-52 lead. Oklahoma City cut its deficit to 10 at one point in the third quarter, but the Rockets pulled away and led 104-83 heading into the fourth.