How the Houston Public Library is working to preserve African American stories in U.S. history 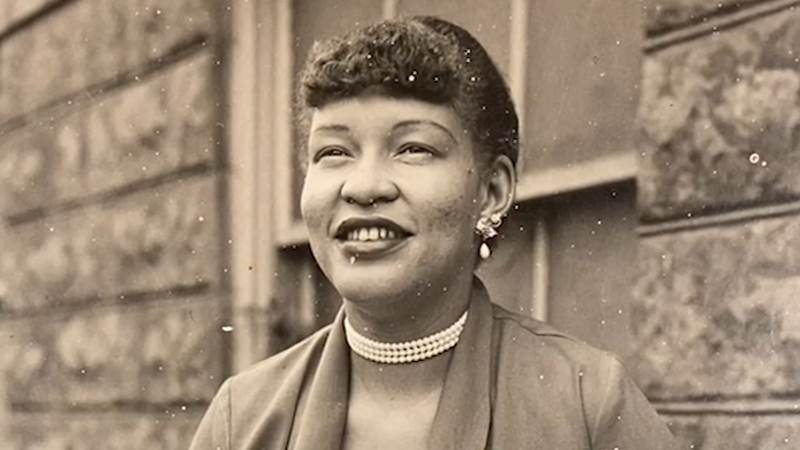 HOUSTON, Texas (KTRK) -- Dr. Jesse Esparza periodically visits the African American Library at the Gregory School, which falls under the Houston Public Library's system. Growing up, he hardly remembers learning about stories of our ethnic and minority communities in San Antonio under Texas' public schools.

"The curriculum that I learned in K-12 was typically Eurocentric, and it was devoid of people of color -- Latinos, African Americans, women, and so forth," Esparza said.

Now, as a professor of history at Texas Southern University, he said it's important to him that his children learn all parts of U.S. history, including the good and the bad.

"I always want them to learn as much as they can. Unbiased, honest, accurate history, culture, and heritage because I think it will make them a better person overall." Esparza said they are often bombarded with inaccuracies in their classrooms and social media. "These are the kinds of places that repair the imbalances and fill in the gaps."

Not only does the library play a part in his children's education. But it's also a part of the curriculum for his students and his work as an academic scholar.

"Pre-pandemic, I would bring students to learn history through the archives. It was something we had called, 'Houston History Through Artifacts,' where students delved into the archives and did presentations," said Dr. Esparza. "If this library weren't here, I would have missed out big time. Several of the publications I have as part of my portfolio and research that I submitted to get tenure came from this institution."

The building, which housed the first school for African American children after emancipation, now contains thousands of artifacts, documents, oral history records, and exhibit items. Miguel Ceasar, who manages the African American Library at the Gregory School, said it was officially converted in 2009.

Ceasar pointed out how the Greater Houston area has been the site of multiple significant events for African American history. Juneteenth, the newest federal holiday, celebrates the anniversary of when enslaved African Americans in Galveston were told they were free on June 19, 1865. Even today, Houston became the final resting place for George Floyd, where he grew up and played sports in high school and college. His murder in 2020 by a police officer in Minneapolis reignited a movement over police brutality and systemic racism.

The library partners with schools in the area to offer materials on African American communities in Houston.

The library partners with schools in the area to offer materials on African American communities in Houston. A new $50,000 grant from the Institute of Museum and Library Services also allows them to hire an extra staff member to help digitize 5,000 photos and documents within five of their archives, something they found value in during the COVID-19 pandemic.

"You can still get the content that you need. You can still get that without having to leave your house," said Ceasar. "With the changing environment, you never know when the next flood is going to come. The heat and humidity can cause a lot of issues when trying to preserve hard copies of items. Digitizing gives us a different way to protect these items. It gives us a better shelf life to preserve for future generations to come."

The most extensive collection is from Ben DeSoto, a former photojournalist for the Houston Post and Houston Chronicle for more than 30 years. His work documented Houstonians' human and racial experience in the Fourth and Fifth Wards. Lead archivist Sheena Wilson anticipates that 2,900 of those images will be digitized by July. But with 20,000 to 30,000 images from DeSoto's collection, she said this will be an ongoing project. What takes the longest is entering the metadata for each image.

Dr. Esparza said that when we don't learn about the dark parts of history, history can repeat itself. It can also perpetuate negative stereotypes and harmful stigmas about our diverse communities.

"It sets the record straight. We live in a moment now where there is this debate among politicians, sort of this attack, and this ban on what they identify as critical race theory. It's this educational framework that's trying to whitewash the way we learn history and threaten teachers with terminations," he said.

Wilson hopes to help revive those stories about our African American communities that are often forgotten or left out of U.S. history.

They also encourage the public to document their family's history by preserving historical items, documenting photos, and oral recordings. Community members can also donate these items to facilities like the African American Library at the Gregory School.

"Your grandparents were probably the first people to have an archive in their living rooms. People don't often make that connection. But they've built their archive already," said Wilson. "If you don't preserve those memories or save them in an institution somewhere, what's going to happen when your parents or you are no longer around? No one's going to know about your history."

"One of the things that I didn't do before coming to the Gregory School that I do now is busting out the recorder when I have conversations with my parents and grandparents. These are beautiful stories that should exist everywhere and be preserved forever," said Dr. Esparza.

"Anyone who's archiving family history at home, take the time to write down the names of all the individuals in that pictures, the dates, the locations, the events. That way, if it ends up in a public archive somewhere, it won't end up with generic metadata," said Ceasar.

The African American Library at the Gregory School will be holding virtual events every Thursday evening for Black History Month. But they encourage the community to come to learn about these stories year-round, not just during February. They also have galleries that detail the history of Fourth Ward and Freeman's Town and a traveling exhibit. For their calendar events, visit the Houston Public Library's website.