New witness comes forth in officer-involved shooting in Third Ward 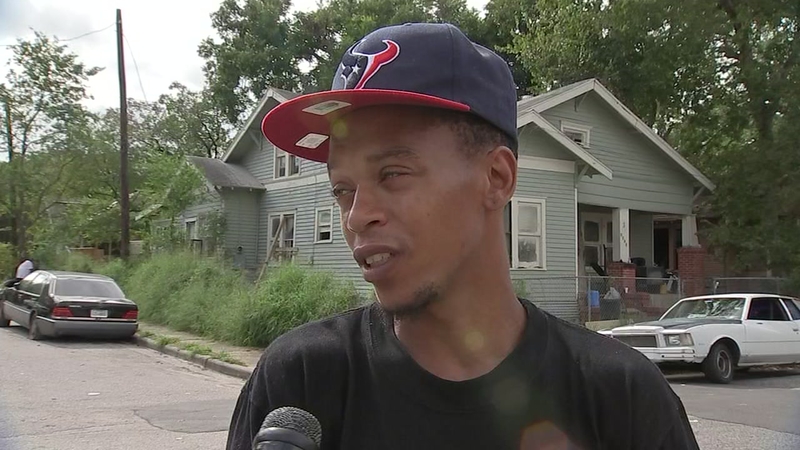 HOUSTON (KTRK) -- An eyewitness to a deadly officer-involved shooting is contradicting what another witness says happened.

When the gunfire ended, Duncan pulled out his cell phone and shot video just as 57-year-old john Allen's car went crashing into a tree.

"They shot him and he kept driving slowly. He faded away and I don't think they knew if he was still alive because they approached the truck and were still telling him to open the door, let the window down and nobody was complying," he said.

According to Shanell Arterberry, who was in the truck at the time, Allen was already dead. She jumped out after the crash.

"They walked over to his side and pulled him out of the car and shot him again when he was already dead," she added.

But Duncan says the video he shot, though grainy and shot from afar, shows something totally opposite of what Arterberry said.

There's one more thing, Duncan said police talked to him about a gun on scene.

We asked police about that, but they said they could not comment on an ongoing internal investigation.

But what we do know is that Arterberry said Allen had no gun.

"He was reaching for his wallet," she added.

But HPD says Allen pulled a gun out of his right pocket and that's why officers fired. The police chief says the gun was found inside Allen's truck. Duncan says he just wants the truth out and it's taught him a lesson on how to interact with police if he's ever stopped.