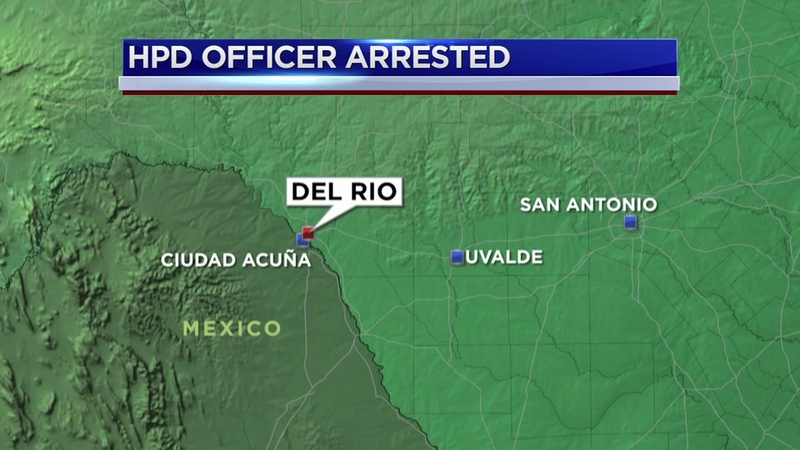 HOUSTON (KTRK) -- Eyewitness News has learned that a senior HPD officer and his wife have been arrested in South Texas.

Juan Carrillo, and his wife, Rosa Lidia Carrillo were arrested and their case is being handled in Del Rio. Both are charged in a human smuggling case.

The two were stopped by authorities along Highway 85 in Big Wells, Texas.

The Houston Police Department did not discuss the charge, instead referring us to ICE, which also had no comment.

HPD says Carillo is a 21-year veteran working in the Southeast Patrol division. At this time, he's relieved of duty pending the outcome of an investigation.

Juan and Rosa Carillo are out on bond, according to the U.S. Attorney's Office, and are scheduled to appear in court again before the end of the week.