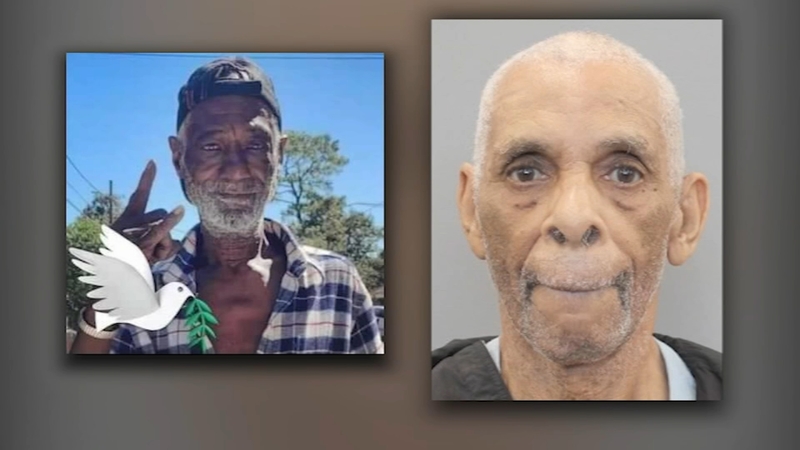 Video shows truck circling man on bike before running him over

HOUSTON, Texas (KTRK) -- Houston police have arrested and charged an 81-year-old man for murder after police say he intentionally ran his neighbor down with his truck in northeast Houston.

Arthur Lee Bolar is charged with murder with a $75,000 bond. As of Friday night, he is still in jail.

Surveillance video shared with ABC13 shows the victim, James Francis, riding his bike with a red truck closely following behind. The two made four circles at the corner of Woodlyn and Denton Street before Francis was run over.

"No matter what, he ain't done nothing that bad for them to do him like that," said Faith Black, Francis' neighbor.

Police say Bolar was the driver and that he intentionally ran Francis down. His truck ended up wedged in the concrete ditch with Francis underneath. Would-be rescuers had to lie on their stomachs to reach him before emergency responders arrived.

Francis was taken to the hospital where he died, according to a HPD release.

Police have not released a motive. Neighbors did not know of any ongoing feud between the men.

"That man had to have a problem, 81-years-old and going to prison for the rest of his life probably," said neighbor Nora Pennington.

A memorial sits at the site of the deadly crash with all of Francis's favorite things surrounding it. According to residents, he was a fixture in the neighborhood and lost his home to a fire just a few weeks ago.

Francis was living in a camper outside his burned home before his death.

Bolar's hired defense attorney did not immediately respond to a request for comment.