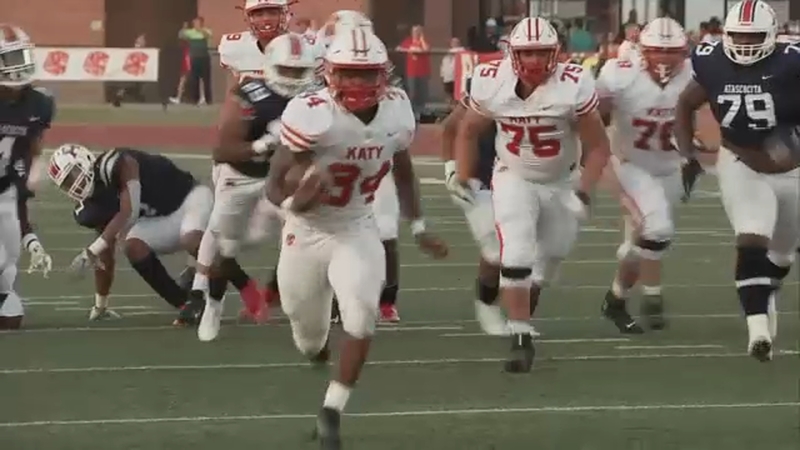 A week after surviving a test against North Shore, the Katy Tigers used their Week 2 matchup with Atascocita to pounce on their prey.

The Tigers got five touchdowns on the ground, including two by senior Ronald Hoff Jr., as part of a 56-14 mauling of the Eagles on Friday night.

Tigers quarterback Bronson McClelland tossed two touchdowns of his own, going 11-for-15 for 207 yards. He also connected on a 77-yard pass to senior Jordan Patrick.

Katy's defense also reeled in a pick-six by Hunter Washington.

"It was a very important game to us," McClelland told ABC13 content partner Vype. "People say rankings don't matter but they are a highly-ranked team in the state. They have some good athletes; they played a good ball game. We just came out here and did what we did."

The reigning state champs bounced back after their Week 1 loss to Katy.

Quarterback Dematrius Davis led the Mustangs to a dominant win over Ridge Point on Thursday night, 38-7.

Other schools join Katy in 2-0 club

The Fort Bend Travis Tigers also remained unbeaten on the season with a standout performance by wide receiver Parker Washington. The Tigers took victory over Foster, 42-13.

Watch the video above for highlights from Week 2.