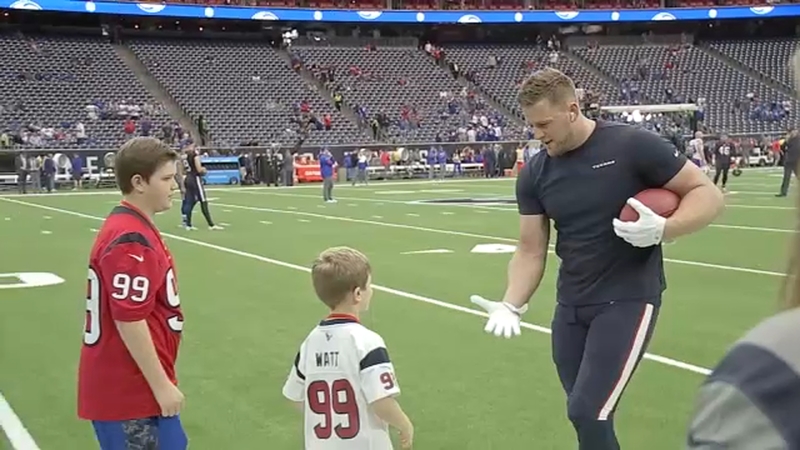 HOUSTON, Texas (KTRK) -- Texans fans will always remember JJ Watt's monster sack in the wild card win over the Bills, but for a family, it was what he did before the game that'll stick with them forever.

"I honestly, couldn't even move," McCarthy recalled. "I was so excited because he is my hero."

From the return of J.J. Watt to UH superstar Ed Oliver back in Houston, there are high stakes going into the playoff game.

The magical moment all started on Christmas. For a gift, Luke wanted to meet his hero, Watt. As he read a letter from his parents, the 12-year-old realized his dreams were coming true.

Luke's gift was tickets to Watt's charity classic in June. Watt saw the video and was so moved, he offered the family playoff tickets, along with a pre-game meeting.

"I never thought that I'd be able to play catch with him on this field," Luke McCarthy recalled. "I was just mesmerized."

Luke's father said his son was bullied when he was younger. Luke was encouraged when he saw Watt stand-up for another bullied kid.

It inspired him to like football, and play the same position as Watt.

Proof that heroes don't only wear capes, and no matter what happens in the game, a game of catch can be more memorable than any touchdown.