With mail theft on the rise, solutions come down to preventative measures 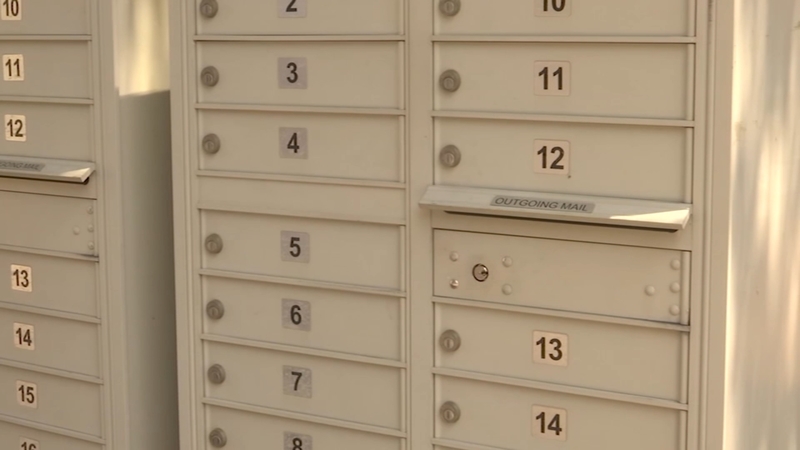 Dr. David Maimon, the director of the Evidence-Based Cybersecurity Research Group, said there are mail theft gangs in the Houston area with a sophisticated operation.

USPS data given to ABC13 by sources indicate that thefts from blue collection boxes are up more than 80% from October to December 2021, compared to the same time period in 2020. According to sources, thefts from cluster boxes in neighborhoods were down almost 50%, but business cluster boxes increased about 25%.

The postal service declined an interview with ABC13 regarding mail thefts. They, instead, sent the following response:

"Postal Inspectors work together with local and federal law enforcement partners and use a variety of preventive and investigative tools to identify and arrest those individuals responsible for these crimes."

Doug Adolph, a spokesperson for Sugar Land Police Department, said police saw an increase in mail theft cases since late 2021. They even had a mail carrier robbed. He said they work alongside neighboring law enforcement agencies that have also seen an uptick.

"We've had at least 18, possibly more that we don't know of," Adolph said. "Oftentimes, they go unreported. So we have created a special focus for this criminal activity."

In March, they were able to arrest a suspect who attempted to open a credit card using information they stole from someone's mail. Adolph said they believe that suspect is responsible for several of the thefts they have seen.

Maimon said that is the most concerning part of the thefts: what thieves do next with the information they gather. His team monitors fraud markets, including the dark web. He said sometimes what they find listed is "frightening."

"Essentially, what we see in the videos that the criminals upload, we see them accessing those mailboxes, opening them, taking all the mail, then they drive the mail to their hideouts," Maimon explained. "They start sorting through the mail. They look for the checks. Then once they wash the checks, they wash them meaning they remove the content from the checks. Sometimes they will use them themselves to cash them out, but in addition to using them, they also offer them for sale on the platform we oversee."

Maimon said a personal check will be sold for $120 to $175 and business checks go for up to $250. The purchases are made using Bitcoin.

The thieves are able to gain access to the mail using the universal "arrow keys." USPS workers use the arrow keys to access cluster boxes all over the city, Maimon said they sell for thousands on the dark web.

"Once the checks are being sold, it's really not the end of the game for the victim," Maimon said. "It's not that the money is being taken from the bank account. Your identity is out there as well. Criminals can use your information to make fake driver's licenses and fake passports."

The team did not set out to monitor Houston specifically, but he said it is one of the top cities in the country with data being sold online.

Because addresses are listed on checks, the data team is able to track which zip codes the thieves are hitting. In early October, Maimon said they were after 77005 and 77006 but moved to 77007 and 77024 midway through the month.