'Assume' everyone has a gun, Houston Mayor Turner cautions 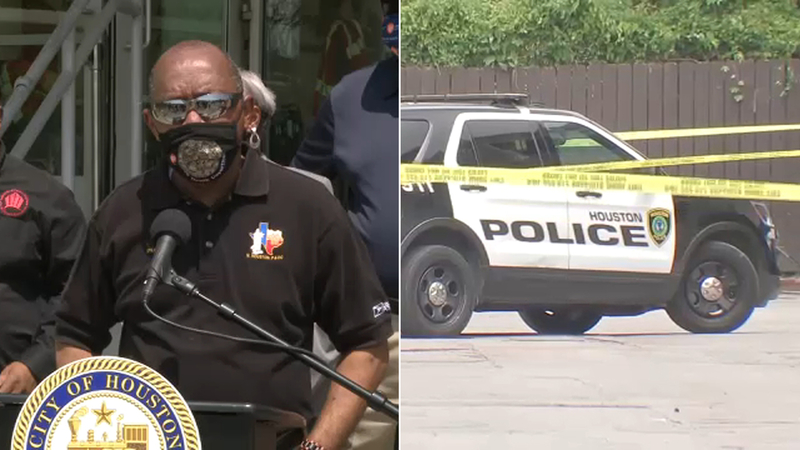 HOUSTON, Texas (KTRK) -- In the wake of another shooting death of a child in Houston, Mayor Sylvester Turner gave his plea to parents: lock up your guns or face possible charges.

The mayor made that plea Saturday while speaking at a public COVID-19 vaccination clinic in southeast Houston.

"No one wants to see a minor hurt or even killed because another child got access to a gun - playing with it, not realizing it's loaded," Turner said, referencing a baby's death in west Houston on Friday reportedly by his 3-year-old brother.

The tragic deadly shooting happened at the hands of a 3-year-old boy in the same apartment.

Under Texas law, adults who make guns accessible to children can be charged with a crime. However, an analysis by 13 Investigates shows it rarely happens.

In 55 Harris County cases between 1995 and 2019 when the law first went into effect, 30% of those charged were found guilty, and of those, only one of them served more than seven months in jail.

"Assume" everyone has a gun, mayor says

What could be more jarring in Turner's remarks is what he said about encountering fellow Houstonians daily.

Recognizing that "there's way too many guns" out there, Turner advised Houstonians to "assume everybody's carrying a gun these days."

"If you start with that (thought), I think you'd be very careful," Turner said. "If, for example, you're driving on the street, don't get into any road rage. If somebody bumps you in the wrong way, be careful about getting into an argument with them."

He continued, "You sometimes have to just let that go. It's just not worth it."