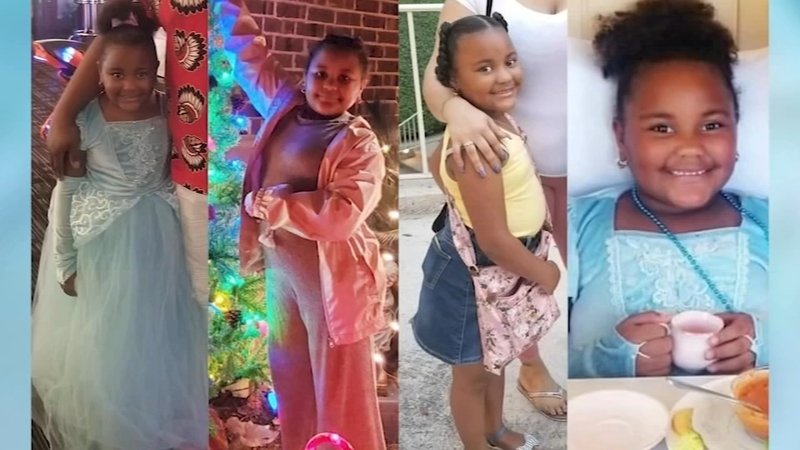 HOUSTON, Texas (KTRK) -- A 9-year-old girl who was shot in apparent road rage incident in southwest Houston appears to be improving, according to the family.

Ashanti Grant, who is a fourth-grader at Savannah Lakes Elementary in Brazoria County, has been in a medically induced coma for several days since having surgery after the shooting.

"We hadn't seen any changes up until this morning," says Ashanti's grandmother Elaine Grant-Williams.

The shooting happened at 9 p.m. at 9800 Southwest Freeway, as a family of four -- Ashanti, her mother, her father, and her 11-year-old brother -- were in a Tahoe headed to the grocery store.

Police believe they were going northbound on the freeway when they got between a white truck and another vehicle that appeared to be racing.

Now, days since the shooting, Ashanti's family received the good news that the pressure around her brain has gone down. Since news of her injuries broke out, she has received a lot of support and love from people in Houston and around the world.

Friends and classmates of Ashanti got together on Saturday to offer their support to the family and each other.

"We had a group project. So we decided that we get together, and that's how we became friends," said Baylee, one of Ashanti's classmates.

Ashanti's classmates said school has not been the same without their friend with the beaming smile.

"Me and a couple of my friends, we made cards for her so they can take them to the hospital," Mickensie said.

While Ashanti continues her fight, a GoFundMe has been set up to help her family pay for the home and medical expenses as her parents continue to stay by her side.
Report a correction or typo
Related topics:
houstonchild injuredshootingchild shotinvestigationroad rage
Copyright © 2022 KTRK-TV. All Rights Reserved.
ROAD RAGE
Man dead after being shot during road rage incident, HCSO says
Arrest made after man appears to cock gun before pointing it at a mom
Driver dead in road rage shooting may have been aggressor, police say
Man dies after shooting that may have been from road rage, family says
TOP STORIES
At least 12 displaced after SW Houston apartment fire, HFD says
'It was like a mad dash:' Clear Creek ISD senior set to graduate
Man dead after being shot during road rage incident, HCSO says
Widespread rain from storm line moving towards the coast
Biden pushes economic, security aims as he ends South Korea visit
CDC recommends wearing masks indoors, ahead of Memorial Day weekend
Fate of 2,500 Ukrainian POWs from steel plant stirs concern
Show More
Murder suspect dead after found unresponsive in cell, sheriff says
Astros fan from Spring celebrates 95th birthday with favorite team
Child hospitalized after found 'unresponsive' at Splashtown
Runner dies after collapsing at finish line of Brooklyn Half Marathon
Global K-pop sensation Seventeen kicks it in Houston in new tour
More TOP STORIES News