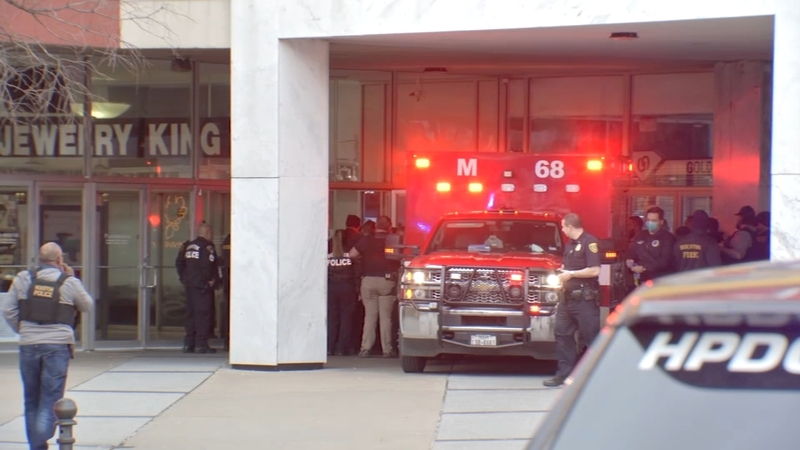 HOUSTON, Texas (KTRK) -- The shooting on Wednesday at PlazAmericas mall turned a day of shopping into chaos for dozens of people.

A witness said they heard six to eight gunshots go off near the Melrose store. When shots were fired, shoppers had to shelter in place before the mall closed for the day.

"They closed down all the doors around us. We couldn't get out until they finally gave us the green light to go home. They forced us out. Everybody had to evacuate," Daniel Valencia said.

Valencia was one of several people trapped inside the mall after the shooting. He said he could tell someone got hurt from where he was hiding.

"I heard just groans from someone across the hall. It was pretty close to our store, down the hall. I didn't really see the person, but I heard it was pretty bloody," he said.

San Jacinto County Precinct 1 Constable Deputy Neil Adams was killed. The accused shooter was shot by two officers and later died at a hospital. People who frequent the mall said the deadly violence comes as no surprise.

"It's always like this in this area," said Yani Salgado.

"It's very dangerous and very scary. We are not safe and secure," said Karamuddin Khokhar who owns a store in the mall.