Family of 13-year-old killed while driving on I-610 North Loop wants answers: 'He was my baby boy' 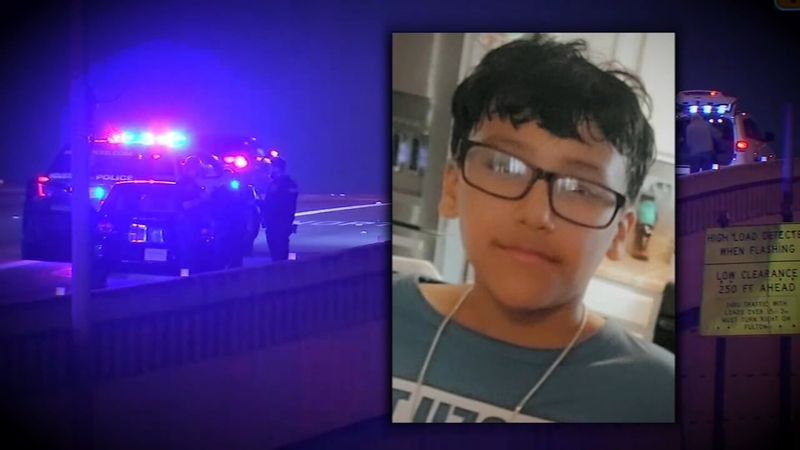 HOUSTON, Texas (KTRK) -- The family of a teen shot and killed while driving on the North Loop is speaking for the first time since the tragic incident.

Joseph Jimenez, 13, known by his loved ones as "Jojo," was shot and killed in what the family calls a road rage incident. Houston police confirmed to ABC13 the shooting happened in the westbound lanes between Irvington and Fulton in the early hours of Thursday, March 17.

SEE ALSO: 13-year-old shot and killed while driving on the I-610 North Loop

There were a total of three people in the car: Jojo, another 13-year-old who was shot and survived, and a third underage passenger who went unharmed.

Detectives are still looking for the person or people responsible for the shooting death of the teenage boy. On Wednesday, a spokesperson with HPD told ABC13 they're unable to share new details right now, but said their detectives are investigating.

The family wants answers and to assure whoever shot and killed the 13-year-old is held responsible.

Jojo's dad and grandmother asked to not be shown or identified in fear of retaliation. The teen was living with his mother at the time of his death, according to his family. His loved ones said they hadn't seen him in a while.

"It's always a shock. But we were just so worried about (Jojo). We were worried something like this would happen to him," said the victim's grandmother.

The family is still trying to process the shock.

"We don't know really what happened. We don't know if it was anything other than road rage," said the victim's grandmother.

"You don't expect this to happen to you, especially him. He was my baby boy," said the father.

The family told ABC13 they are unsure why the 13-year-old was driving or where he was going. Jojo's father said the teen will be laid to rest next week.