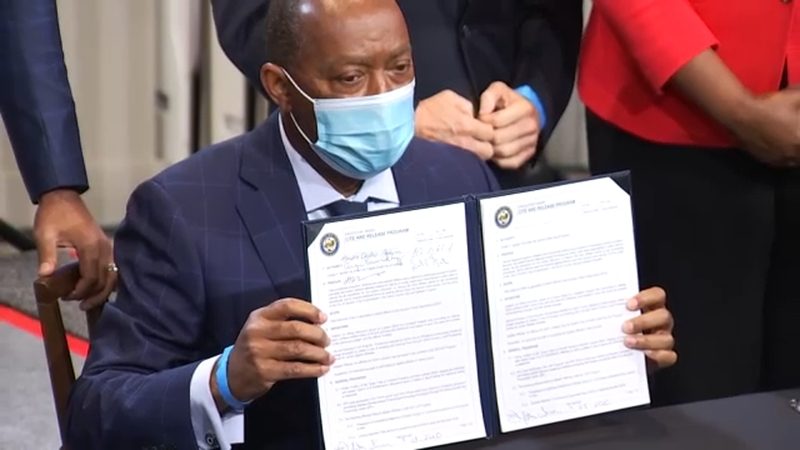 HPD chief explains how city decided on 'cite and release'

Mayor Turner signed it into policy by Executive Order this afternoon. The cite and release policy is where police officers can write tickets for certain minor criminal offenses instead of taking that person to jail. The cases are limited to misdemeanors and have to meet certain criteria.

Offenses eligible for cite and release include trespassing, driving without a license, graffiti below $2,500 and theft below $750.

"Anything that would get our officers back on the streets sooner rather than later would be good for us," said Doug Griffith, vice president of the Houston Police Officers Union. "I think the Mayor did a good job with carve outs, that if they prove they are a flight risk or not going to go to court, or there are other issues, the officer has the ability to make arrest with supervisor authority."

Cite and release programs are not new, but the policy has gained traction around the country as criminal justice reform has garnered more popular support.

"We were not the first," said Gonzalez, who noted that his department has only written about 60 tickets since the implementation of HCSO's program. "I went to several of the court hearings personally, and everyone showed up to court."