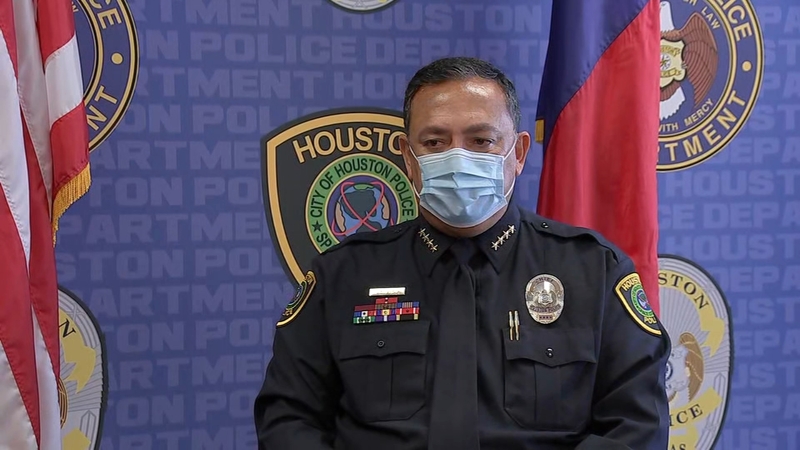 HOUSTON, Texas (KTRK) -- If police officers have any chance at earning the public's trust while protecting people, they'll have to be more accountable, according to Houston Police Chief Art Acevedo.

"I have been telling my people that I am going to hold them accountable for time, making sure that they slow down just a bit," Acevedo said in a one-on-one interview with Erik Barajas. "Assess. Time is on your side, so utilize it. Create distance. It's time, distance, numbers, cover, and concealment. We instill that in our officers from day one."

Wednesday's comments come as law enforcement officers nationwide continue to come under scrutiny over a variety of highly publicized incidents, including the use of chokeholds.

"The more that you put into policy and the officer sees it in writing, the more it's going to be embedded into their DNA," Acevedo said.

The chokehold ban is just the latest in a series of changes planned.

"One of the things we're actually going to codify is when we have someone that's armed and in psychological distress, we're going to require a minimum of two officers, a supervisor, and a CIRT team."

Acevedo, like police chiefs across the country, has a balancing act between enforcing the law, keeping officers safe and earning the trust of the people. Accountability continues to be a focus that Acevedo hopes will meet those challenges.

Since Acevedo arrived in Houston in 2016, he said 160 officers have retired, were fired, or resigned amid misconduct allegations. The latest high-profile retirement happened Monday, after an uproar over an HPD sergeant's social media post.

While some have criticized Turner's executive order, saying the policy change has already been implemented, Acevedo said he welcomed the order and similar changes.