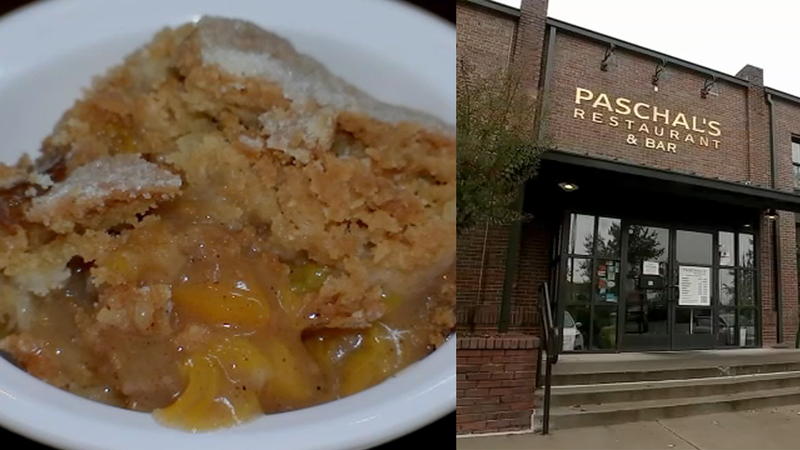 ATLANTA (KTRK) -- If the Astros win the 2021 World Series, Mayor Sylvester Turner will get a signature dessert from a restaurant where the peach cobbler is as rich as its history.

It's all part of a friendly wager with Atlanta Mayor Keisha Lance Bottoms.

Situated just southwest of downtown Atlanta is Paschal's Restaurant, a place that's no stranger to locals.

"It's traditional southern cooking here," said Kenny Coulter, the general manager. "Everything is cooked with love."

A place so established, it has its own historian on staff. Paschal's Restaurant has been a staple in Atlanta since day one.

"After we opened, we had a line around the corner because everyone heard about this man's fried chicken and peach cobbler," said Marshall Slack, the restaurant's historian.

It might be surprising to learn there aren't many Braves fans around the intersection of Atlanta and Georgia.

"He loved the fried chicken and the collard greens because it was a southern-style restaurant," Slack said.

Nearly 75 years after opening, the restaurant continues to be a place where civil rights leaders gather and eat. The fried chicken and fixings are filling, but it's mandatory to save room for the star.

"Unfortunately, I can't give you our secret recipe," Coulter said.

Paschal's is known for its award-winning peach cobbler. It may be unknown in Houston, but in the Peach State, it's no stranger.

"It's something sort of similar to your apple pie, but just with peaches. It's better," said one of the cooks.

Bottoms will send Turner some of Paschal's peach cobbler if the Astros win the World Series.

"We can't say enough for Mayor Bottoms for including us on it, and the mayor of Houston is really going to enjoy it," Coulter said.

If the Astros win, Mayor Turner will also get a case of cherry Coke and beer from a local brewer. If the Braves win, Turner will send barbecue, tamales and Saint Arnold's beer.

SEE RELATED STORY: Trash talk: How Astros and fans can handle the hate