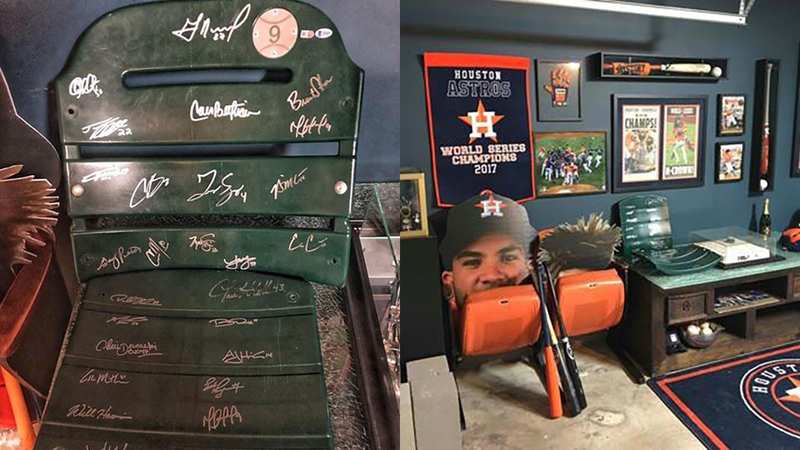 Herrera says he has been trying to get every member of the 2017 World Series championship team to sign the Minute Maid Park seat he bought years ago in a surplus sale.

According to Herrera, he has been able to get signatures from nearly all of the team members through trade shows, at the ballpark and Whataburger appearances.

Herrera tells Eyewitness News he considers Verlander his "unicorn" due to the former Cy Young Award winner's rare availability and his seeming unwillingness to autograph.

"He's next to impossible to sign anything," Herrera said. "I would do anything in my power for him to sign my seat."

He also said that he's gotten multi-thousand dollar offers for his seat, but he says he's not going to sell.