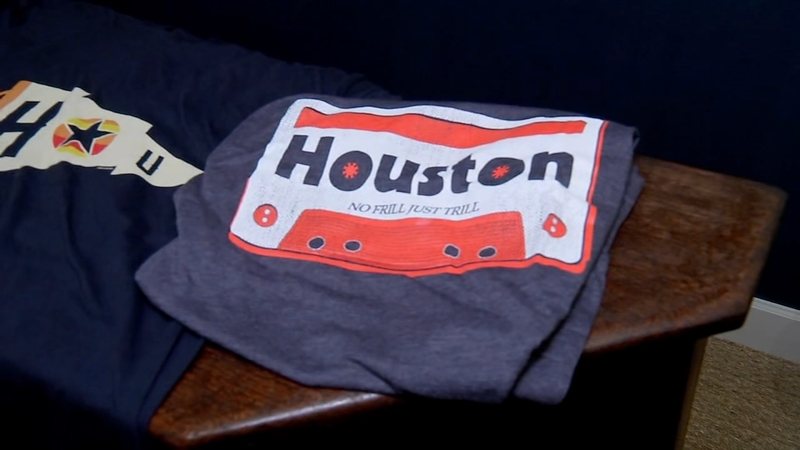 It caught the public's attention Thursday night when the wife of Astros pitcher Gerrit Cole wore one of their t-shirts to Game 5 of the ALDS, which the Astros won 6-1. The message on the t-shirt read, "Cole 45."

"We didn't know she had bought one of our shirts online," said Terrell Henley. "But we thank her."

Suddenly, Third Ward 9 was on the radar.

"Third Ward 9 is an iconic ward in Houston that's close to the ballpark, and the nine is for the nine guys on the field that we grew up watching as kids," said Jason Kennedy.

They design and produce everything from koozies to pins and hats to t-shirts, all with Astros themes.

"Our best-selling design was our own Astros design with a cassette tape graphic," said Ryan Casci.

All of the items are custom designs and do not compete with official team merchandise.

The fourth member of Third Ward 9 is a professional graphic artist who prefers to remain a creative force, but in the background.

The four friends are keeping their day jobs; two of them in oil and gas, and another a landscape designer.

"The way I see it going is a way to entertain the city and connect with people we normally wouldn't connect with," Casci said.

It's safe to say that shirt was a good luck charm, as Cole once again had an outstanding performance in Game 5.

RELATED: Why this could be Gerrit Cole's last season with the Astros

Gerrit Cole: Why he rooted on Yankees and 9 other things about the Astros star