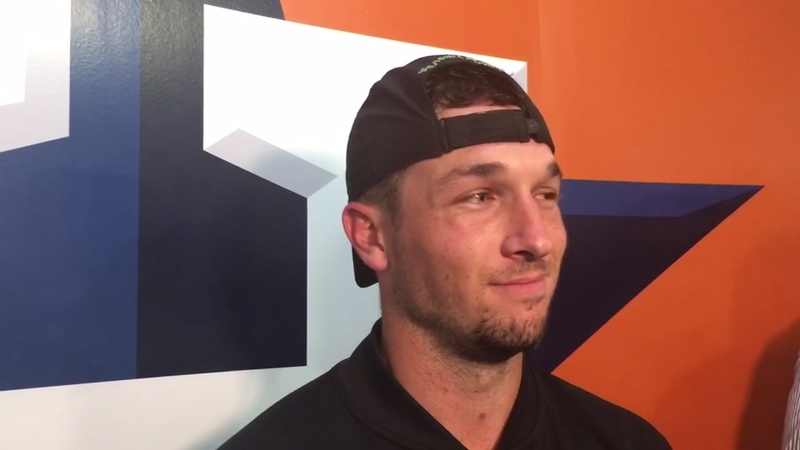 HOUSTON, Texas (KTRK) -- The Houston Astros won the first game in a pivotal series against the Oakland Athletics at Minute Maid Park.

Alex Bregman and Tyler White homered and drove in four runs each, helping the Astros rally for an 11-4 win. And in Astros fashion, the team celebrated with their dugout stare.

When asked about the now-viral moment and its popularity with the fans, Bregman said they had actually planned on doing something different.

"We decided not to break it out yet. We attempted to the second time. We need to plan it better," Bregman said.

An Astros fan captured the team all raising their hands in the dugout after they scored, but we're not exactly sure if this is what Bregman is referring to.

Regardless, Bregman said they're just going to keep hitting homers.

The team has been known to do group celebrations from the popular video game Fortnite.