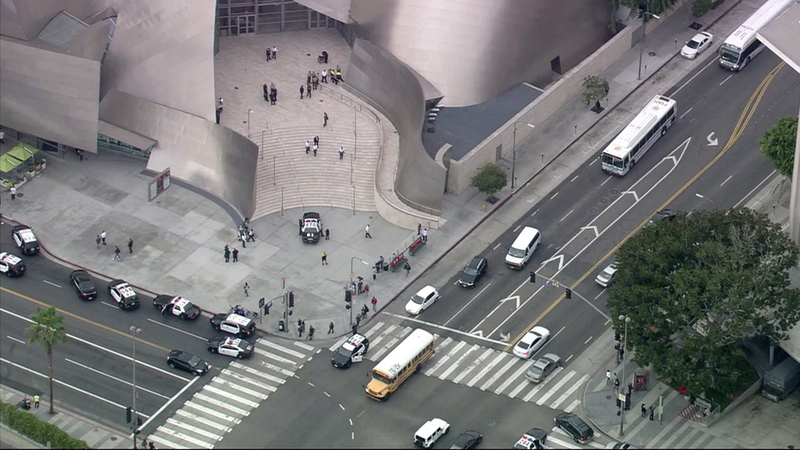 LOS ANGELES, CA -- A child was stabbed by a homeless man in Downtown Los Angeles near the Disney Concert Hall on Thursday.

The Los Angeles County Sheriff's Department said the child was at the concert hall on a school field trip and was standing outside the building when a homeless man approached him.

The homeless man grabbed the child around the neck while holding a sharp object and was yelling, according to officials.

Security at the concert hall was able to tackle and detain the man until police arrived.

Deputies said the child suffered non-life threatening injuries and was taken to the hospital as a precaution.

The homeless man was taken into custody and was brought to the hospital for a mental evaluation.