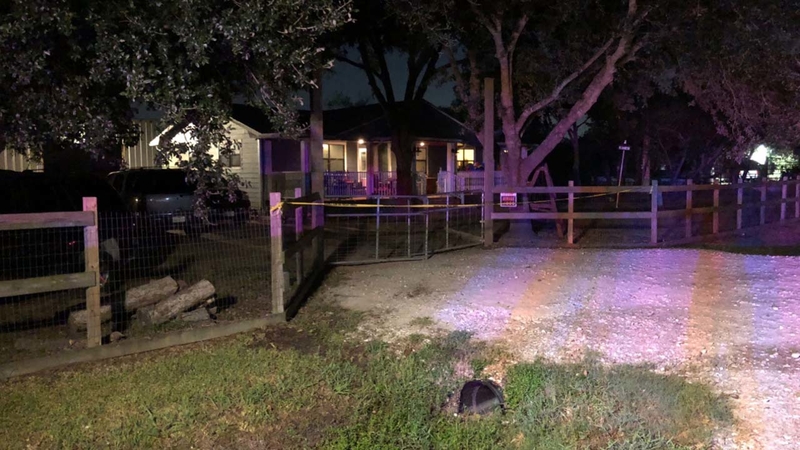 FRESNO, Texas (KTRK) -- Investigators say a homeowner shot a suspect who broke in while he and his family were sleeping inside their house in Fresno.

According to authorities, the homeowner called them around 4 a.m. Wednesday to report that someone was inside his house in the 4100 block of Emerald near W Palm St.

The homeowner's brother, who lives next door, tells Eyewitness News, a man kicked down the front door of his brother's home.

The suspect then yelled that someone was trying to get him. The homeowner shot the suspect twice, hitting him in the arm and leg, after pleading with him to leave his home, the Fort Bend County Sheriff's Office said.

The suspect is expected to be okay.

FAMILY: Suspect kicked down the front door to their loved one’s home before the suspect was shot in the leg by the homeowner. ⁦@abc13houston⁩ ⁦@FBCSO⁩ pic.twitter.com/NbpTayE45S

Deputies say the family, which includes two young children, woke up to the sound of the suspect crashing through the front door. He also got close to the kids' rooms.

The homeowner's wife grabbed the children and took them into the master bedroom.

The family was not hurt. The homeowner says he does not know the suspect, who appears to have walked to the house.

The suspect is in custody. His name has not yet been released.

The homeowner isn't facing any charges.