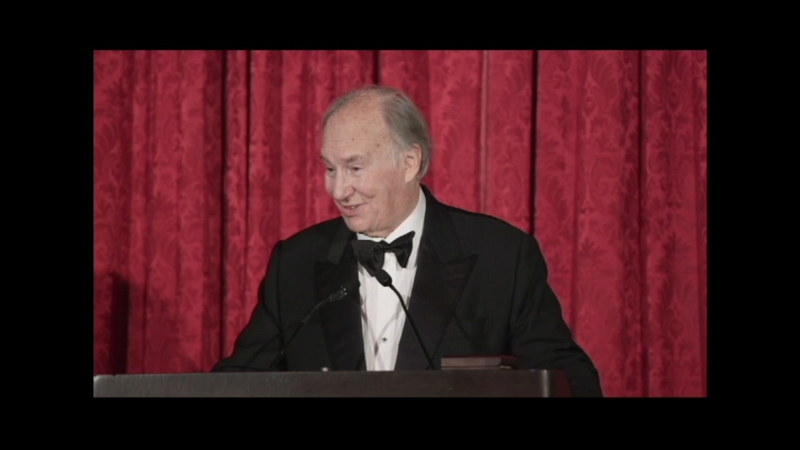 NEW YORK CITY (KTRK) -- The Architectural League of New York awarded its highest honor to His Highness the Aga Khan during a dinner at the Metropolitan Club.

The President's Medal of the Architectural League is awarded annually to individuals for their exemplary work in architecture, urbanism, art and design.

The 2017 President's Medal honors the 40th anniversary of the Aga Khan Award for Architecture - given every three years to inspirational designs that address the needs of Muslim communities worldwide.

His Highness Prince Karim Aga Khan is the 49th hereditary Imam (spiritual leader) of the Shia Ismaili Muslims. He is also the founder and chairman of the Aga Khan Development Network, a group of private agencies working to empower disadvantaged communities and individuals in order to improve living conditions and opportunities, especially in parts of Asia, the Middle East and Africa.

His Highness spoke about what motivates him to promote visionary architecture that serves the community.

"In thinking about the way societies live in the developing world, in the industrialized world, I came to a very simple conclusion: what is the art form that has the most important impact on every society, in every part of the world? And the answer is quite simply, architecture," he said.

His Highness aims to promote sustainability, quality of life, local craftsmanship and building traditions through his work.

"In the troubled times in which we live, it is important to remember, and honor, a vision of a pluralistic society," he said. "Tolerance, openness and understanding towards other peoples' cultures, social structures, values and faiths are now essential to the very survival of an interdependent world. Pluralism is no longer simply an asset or a prerequisite for progress and development, it is vital to our existence."