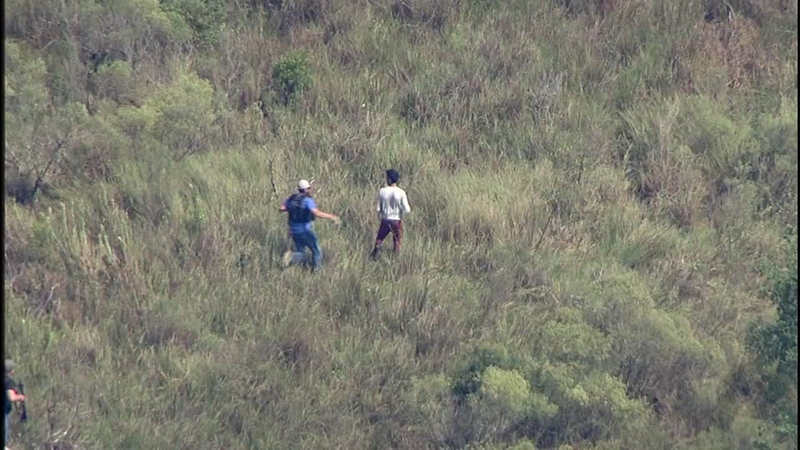 HOUSTON, Texas -- A high-speed police chase sprinted across the greater Houston area over lunch time, with a deputy's flying tackle ending the wild scene in a cow pasture.

It all started around noon when a suspect in a stolen white car led officers in pursuit along I-10. Speeds, at times, topped well over 100 mph. After roughly an hour, the suspect got off the freeway at the Winnie exit.

At about 1 p.m., the suspect pulled over to the side of Highway 73 south of Beaumont, and got out of the car. He took off on foot into a wooded area.

Officers searched for the driver amid the brush before he was spotted, walking casually and talking on his cell phone. A deputy tackled the man and he was taken into custody by helicopter.

Officers with Houston Police Department and at least one other Harris County agency began the pursuit. Texas DPS troopers, Chambers County Sheriff's deputies and the Beaumont Police Department helicopter assisted in the search.

The driver has been identified as Mohmed Ahmed Abu-Shlieba, 25. He was believed to have been armed during the chase. He was in a stolen vehicle, and had active warrants. There's no word on what new charges he may face.