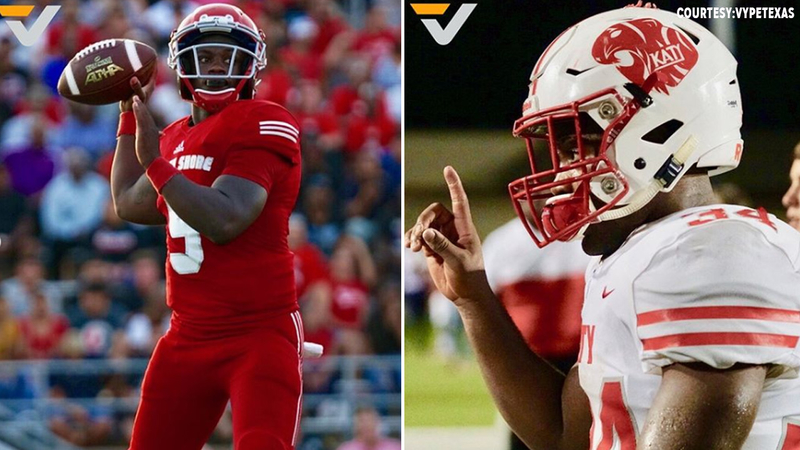 HOUSTON, Texas (KTRK) -- High school football in Texas is all about huge wins -- and upsets.

The latter happened Thursday night when the number one ranked North Shore Mustangs took on the number 2 ranked Katy Tigers.

The Tigers came from behind to defeat the Mustangs 24-21 in a game the whole nation got to see on ESPN U.

The Mustangs dominated in the first half, jumping out to a big first half lead. They went into the locker room up 21-7.

But the Tigers found a way to crawl back, getting a touchdown on their first second half possession, then getting the onside kick and adding three more points.

The Tiger defense kept the Mustangs from scoring in the second half, and with under five minutes to go, Katy scored the go-ahead touchdown on a drive that saw a pair of fourth down conversions.

"Confidence and stuff. Reassure them that we are going to be okay above everything else. You know, you sit there and play against people like that, and all of a sudden it comes at you so hard and so fast, you start panicking," Joseph said.

The Tigers lost two games to the Mustangs last year, and some said their reign was over.

But it appears they can't be counted out yet.

Hey @Katyfootball! We missed the game. Did #2 beat #1? #txhsfb pic.twitter.com/iE9LCaQgPO

See more on this story from our partners at Vype Houston.

The Woodlands High School football team playing for much more than a title this weekend.